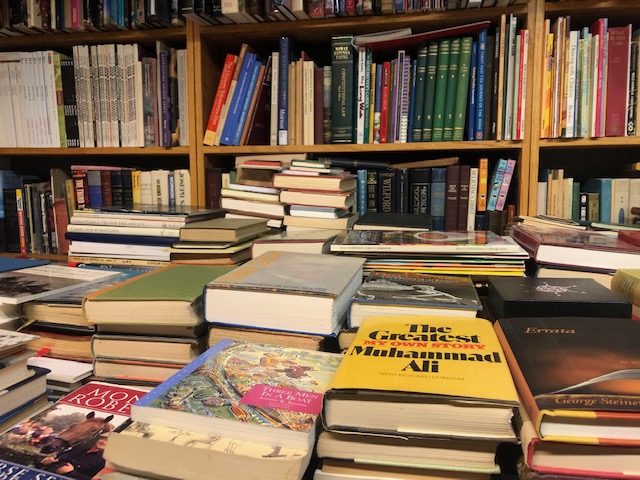 4. The Dreams in the Witch House

Of Lovecraft’s contributions to our culture, it may be argued his most enduring is the Necronomicon.

Despite what you’ve heard from a friend of a friend who dabbles in dark magic, the Necronomicon was a fabrication of H. P. Lovecraft’s. Lovecraft recognized that what he called ‘mouldy hidden manuscripts’ played a central role in the gothic horror and romance written before him, and sought to include such references in his own weird tales for their ‘air of evil verisimilitude.’ (Just using the world ‘verisimilitude’ feels delightfully macabre and Victorian.) Why didn’t he simply reference known works then? As one who handles rare books each day, I can attest there are plenty of moldy oldies he might have pulled from, but I find his reason fascinating; in a letter to jazz producer Willis Conover, HPL wrote, “As for seriously-written books on dark, occult, and supernatural themes—in all truth they don’t amount to much. That is why it’s more fun to invent mythical works like the Necronomicon and Book of Eibon.” He often mentioned fictional grimoires alongside works such as The Golden Bough by James Frazer and The Book of Thoth to lend credibility to his scholarly characters.

Though Lovecraft wrote “The History of the Necronomicon," he shied from writing the book itself. The mention of the book carries more creeping fear than its actual contents, and as a master of horror, Lovecraft knew that. Those of us who’ve read Harry Potter know Dumbledore’s sage words by heart, “fear of a name increases fear of the thing itself.” Nothing is more fertile for terror than one’s own imagination. That is why children fear the dark spaces under their beds, but happily crawl under them by daylight to retrieve lost toys.

The dichotomy between harmless and terrifying objects in horror writing has always intrigued me. The Necronomicon, closed and ignored on library shelves brings no harm, but once opened, one may have just cause to run. However, in Lovecraft’s world the book is invariably opened by one actively seeking hidden knowledge. The question then becomes, is the object evil, or the bearer?

We find mention of three fictional tomes in the story I’ve chosen for this week, “The Dreams in the Witch House.” This and other grim lovelies can be found in Bloodcurdling Tales of Horror and the Macabre: The Best of H. P. Lovecraft. Walter Gilman, despite warnings from his professors at Miskatonic University, is fascinated by folk whisperings about a witch named Keziah Mason who claimed to have used geometry to travel through time and space. He delves into the Book of Eibon, the Necronomicon, and Unaussprechlichen Kulten to find proofs that point him on the trail of Mason. Of course he is successful. This is Lovecraft country we’re treading. 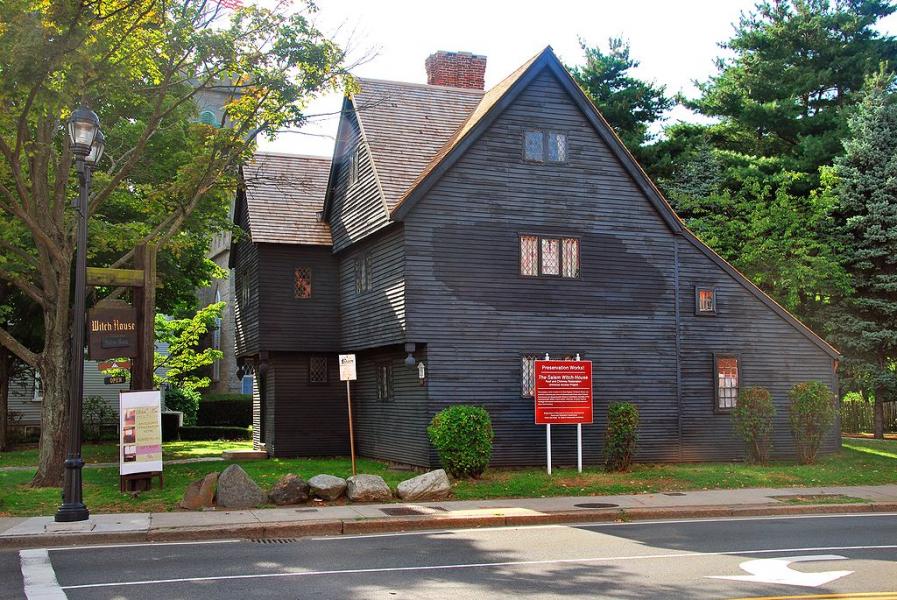 The Jonathan Corwin House in Salem which Lovecraft used as inspiration for his tale. Photo courtesy of Wiki Commons.

A classic device of Lovecraft’s is to leave forbidden knowledge scattered about his world for his foolish, evil, or simply ignorant characters to stumble onto. The Book of Eibon was an invention of fellow weird tale writer Clark Ashton Smith’s and the Unassprechlichen Kulten an invention of Robert E. Howard’s. Lovecraft and his colleagues freely shared their inventions and included them in their own works, thereby reinforcing the ‘evil verisimilitude’ of them. Other objects appear in Lovecraft’s fiction: darkly glittering tiaras, basalt statuettes, jade amulets and ancient rings feature across his works and serve as sparks for the imagination. How cold is the clay of the bas relief that poor, mad Henry Wilcox sculpted of Cthulhu? The reader may feel an impulse to touch it, or feel repulsed as his hand creeps forward of its own accord.

A cryptic object plays a part in “The Dreams in the Witch House.” Gilman, not content to simply learn about local lore, moves into the house which he has identified as the former residence of Keziah Mason. The dreams don’t come right away, but with the advent of a fever that doesn’t break. Whether he intended to is not the point, rather that he unwittingly opens the gate for Keziah and her dark masters to compel him through a curiously slanted corner in the Witch House and into their dark domain, and there is no going back. He has already opened the tomes, already learned of their contents. In one dream wandering, he breaks a spiky image away from a wall which he is sure was only a fragment of his feverish dreams, until he finds it in waking horror on the table in his bedroom.

The reader might feel a spasm of sudden recognition, and the question comes to mind: how did he, the writer, know about those strange objects I’ve seen in my dreams? What may follow is the horror of imagining that an item one has safely dismissed as not real is then found in broad daylight. There is a violation in this: dreams are supposed to be dreams. They’re never meant to manifest in our shared reality. For a horror master like Lovecraft, dreams are merely conveyances, and we are not as safe from harm as we think.

Lovecraft was a dreamer. He dreamed vividly, and wrote often of what he saw in his night wanderings. He is said to have dreamed the Necronomicon into being. It’s possible he dreamed countless other beings into existence as well, beings one wouldn’t want to encounter no matter the time or place. All comfort is lost when one thinks of his work in this way. Keziah Mason, and her masters Azathoth and Nyarlathotep, are only a sleep away from visiting you.

Next week, I’ll read what many consider to be Lovecraft’s greatest work, At the Mountains of Madness. If you’re still able to sleep at that point, please join me.

At the Mountains of Madness - wellerbookworks.com

"The Necronomicon and Other Grimoires" - HPLovecraft.com

"The Horror in Clay" - Cryptocurium.com

And, if you must - various editions of the Necronomicon written by other adventurous writers