The History of a Family Bookstore 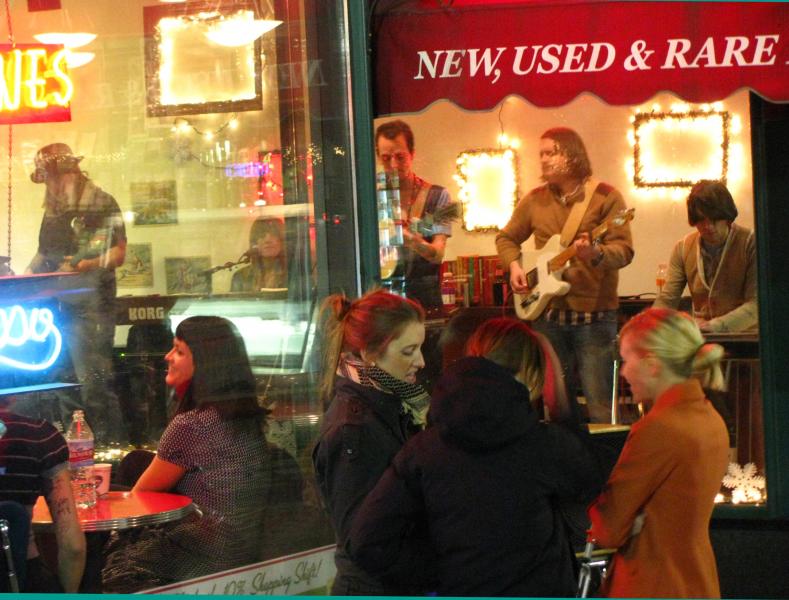 The culture shifts that parallel our 90-year bookselling journey are quite dramatic. Founder Gustav Weller would hardly recognize the contemporary environment of our industry. His era of bookselling occurred after the industrial/capitalist revolution permitted the growth of an educated middle class, after we discovered how to make cheaper wood-pulp paper from trees with machines and long after we automated the printing press, but before television had mesmerized and dulled our senses. Despite these luxuries, Gustav’s term was burdened by the Great Depression. Sam and Lila Weller would have different experiences.

In 1939, Gustav Weller moved to a farm, leaving the business in the hands of his children. After World War II, Gus made his 23 year-old son Sam run the bookstore. In the 1940s, Lila Nelson worked at the Deseret News. Late in the decade, she met Sam Weller. In 1953 they married and Lila began working in the store doing the accounting. She also invented a smart inventory system that sharpened operations. Those who knew Sam remember him as a whirlwind of charismatic energy. He was passionate and chaotic. Lila became the nucleus holding the atom called Sam in orbit. My parents were conditioned by the hardships of the Depression, but their bookselling years occurred after the war when the economy was recovering. In the 1950s television was distracting readers but the era also brought the paperback revolution, which moved books into ever more hands in convenient, affordable, and hip packages.

When I started working in the bookstore in the 1970s, many of our sections were still sorted old- 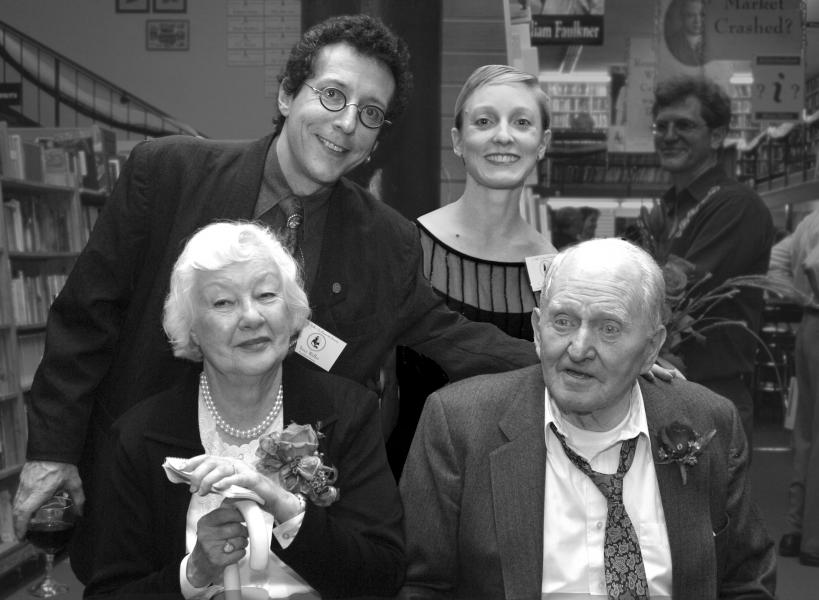 school, by imprints, the word publishers use to side-step the complexities of corporate tiers. That was in the era when publisher’s sales reps visited stores to assist with restocking. Also, books from imprints like Penguin or New Directions looked so very enticing when displayed as a series. By the late 1980s I was buying second-hand book collections and hiring for the bookstore. I had known Catherine Cheves for several years before we became happily entangled in 1988. She then worked at the Eccles Health Sciences Library. She had worked in the Marriott Library before and would move to the University of Utah Law Library before joining Sam Weller Books in 1994, just in time to navigate the digital, economic, and social changes that would alter nearly every aspect of the book industry, and just a couple years before Sam lost his vision and retired. He passed away in 2009, before Catherine and I selected Trolley Square for our transition to Weller Book Works. Fourth-generation bookseller Lila Ann Weller’s childhood was imbued with books, reading, and the dreams and thought such entails. She started selling books in 2013 and her grandmother, Lila, born in 1915, still works in the store today. No bookseller’s view is longer than hers.

From the 1930s until the 1990s, we had a few branch stores. For a time we operated three branches and employed 60 booksellers. In the 1990s, when the nation lost 60% of its privately owned bookstores, we contracted and closed the last two branch stores in Bountiful and Sandy. In 2012, we released the fifth edition of our bookstore in Trolley Square. We go by Weller Book Works now and still have smart booksellers and a thoughtful selection of books in an environment that inspires exploration and discovery.

I was asked what we might be in another 90 years. Though I usually avoid speculation, I embraced the inquiry as a challenge. I do this because of my belief in the catalytic potential of books and the pleasure of working with the persons who read them. I was encouraged in my Utopian hopes by reading the recently published graphic biography from City Lights, Herbert Marcuse: Philosopher of Utopia by Nick Thorkelson. Marcuse understood the value of progressive vision. William Blake once wrote, “What is now true was once only imagined.” Da Vinci never flew in a helicopter but he drew one.

I hope you will forgive me for presenting a grand vision of a gracefully designed society as home for Weller Book Works in the year 2109. I cannot conceive of our bookstore without envisioning the world around it. Photography altered but didn’t eradicate painting, and in the same way, books will endure. Even now, a generation into the digital era, books are settling into their new position in our lives.

I believe in the possibility of an equitable, free, peaceful and sustainable society. Even though I make decisions with dice, I am not a gambler and moment by moment, I spend more energy perceiving and understanding than projecting. So I am casting my hopes as future facts. Concepts must precede action and the good old days were not so good and gone anyhow. Permit yourself grand visions! They give you navigational clarity and protect you from stumbling into puny beliefs.

In 2109, survival depends on stable population and consumption. Long ago, the human race surpassed the paradigm of hardship that created necessity for large families in primitive eras when injury and death visited at seemingly arbitrary moments. We have largely overcome the excessive materialism of the industrial/capitalist era. We diminished garbage accumulations and pollution and the bedraggled ecosystems are healing. Paper is made from hemp, reducing paper acidity, water waste and chemical pollutants; and allowing forests to repopulate. We have accommodated our lives to the climate damage from past centuries but we have at least finally stalled the increasing temperature that put the millennial generation into an existential panic.

Weller Book Works is in its eighth location and 6th generation of operations. WBW shares sales and performance space with a music store and our eatery serves coffee in the morning and converts into a bar at night. The shared stage area hosts authors, musicians and small scale artistic performances of provocative diversity. The location is embraced as a cultural hub and recovered interest in the physical world and human interaction fills seated areas even when the stage is not in use.

Stabilizing climate, consumption and waste required a total overhaul of the extractive economic systems that funded our near disastrous climate emergency and stupidly, fought attempts at remedy. Capitalism is remembered as an engine of past progress but a flawed and divisive force, relegated to history. Wiser social principles have created equitable distributions of wealth, eliminating former mechanisms that enabled the non-productive plutocrats to extract value from others. The last tragic corporations have become nearly irrelevant as humans discovered the limits of material happiness and our inevitable fragility and commonality. 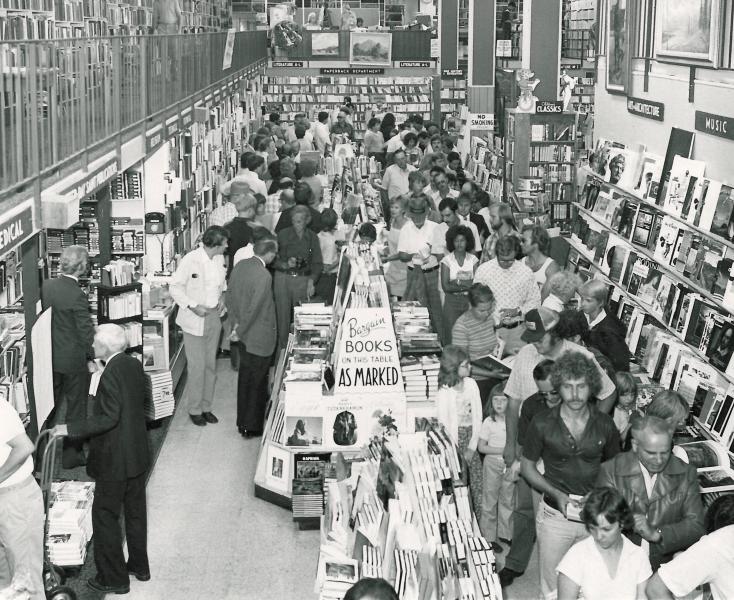 After bringing Earth’s temperatures into new balance, the ancestral genetic fear of scarcity and violence between persons diminished to the acts of a few whose behavior is caused by factors more complicated that fear, hardship or abuse. Philosophy eclipsed its stubborn sibling religion, and found its position within the constellation of the whole. Looking for ego has become a party game like pin the tail on the donkey.

We embrace difference as our glory, and greed, like violence, is just an occasional aberrant problem. The greedy, like the violent, are managed by a compassionate society that has been weaned from delusional securities. So few citizens are incarcerated that the for-profit prisons of the second dark era disappeared, but for good measure, we made their former owners reside there for a time as a form of rehabilitative therapy.

Having balanced labor, need and income, most persons work around 20 hours per week. Weller Book Works serves morning and evening browsers, taking a siesta afternoon. Homes are smaller than in the last century and desired amenities are close. Cities and towns were thoroughly re-proportioned to human scale and carbon-neutral transit serves most movement needs. Mass transit wends its way through populated towns and residents are nearly never more than a kilometer distant. Yes, we use metric now. Remaining electric automobiles are shared and few citizens own them. We make energy with no-impact technologies and enjoy universal health care, which was embraced as a human right back in 2026 not long after the last facets of tribal insecurity fell away and the general dissolution of geographically conscribed truths.

Our free society has eliminated laws except those negotiating rights between persons. The media tumult of the millennium broke a few publishing traditions and new books are now first released in inexpensive editions and digitally. Although Weller Book Works is smaller than in the 21st century, we supply more books than we did in the 20th century with great advances in print-on-demand technology enabling the near full canon of our culture to be printed for readers in minutes. The most important and beloved books are made into gorgeous durable volumes, totems worthy of the vessels that hold the polished products of perceptive minds. What pleasure to get to choose great books from such thoughtfully made editions!

Books are simple magic, enabling depths of exchange and complexities of thought that informed our recent recovery. Thoughtful and artistic groups choose to do their things here where the vastness of experience and potential are as unavoidable as dust. No former culture could not fathom our joy and security since we shed culturally instilled dogmas and fear that clouded the decisions of our ancestors and made them mean. We embrace the diversity of the planet and in reversal of mores of the past, we are suspicious of uniformity. 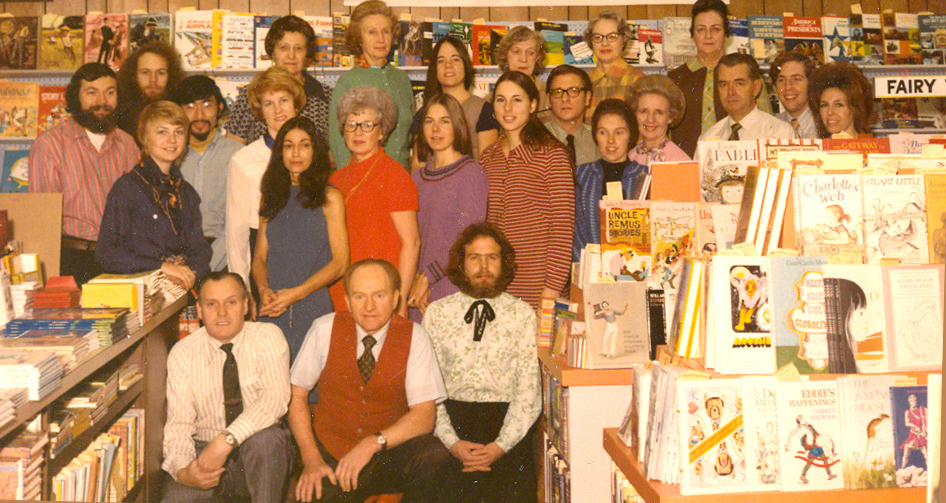 dark era, communities and diversity gradually recovered. It was hell wresting property from the land hoarders but now we enjoy regulations prioritizing firsthand use of property. It was even harder breaking up the UberCorps that cast such darkness at the turn of the 21st century. After millennia of confusion and rationalization, we finally lifted life’s necessities - food, air, water, housing, education and healthcare – from their socially regressive capitalist binds.

With general security came a diminishment of fear and dissolution of the ego delusion. Once admired, confidence was supplanted by perceptual curiosity and bookstores are understood to be the nexus for ideas and cultural exchange. The most joyous aspect of our recovering world is the abandonment of consumer capitalism. As a few old-time thinkers understood, we don’t need to work as much as earlier people to meet our needs and our pleasures. It took nearly eight generations to finally embrace both forms of profit and we now enjoy lives filled with art, games, recreation, gardens, and gatherings. Once homogenized industries had to be forcibly torn apart and now every community has unique style as citizens nurture sundry dreams. Society’s priority shifted from capital to goods. Book publishers discontinued stripping, discarding, and reprinting paperback books nearly 75 years ago, almost two generations after the digital-quake displaced paper with electrons and light. Restocking warehouses costs a bit more, but less than was saved by reducing what had grown to 40% waste in the 2020s. 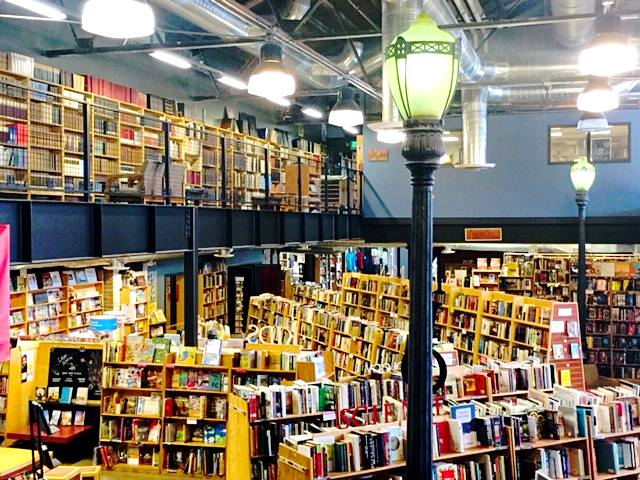 Weller Book Works is valued for having taken the widest embrace with books. Our booksellers are as comfortable with the unknown as they are well-read and friendly. Generations of wise bookselling instilled a culture here that taught them how to dance with ignorance and use it as a tool for discovery. Cultures have become comfortable with differences. We are fortunate to have survived the era of subordination and fear. We nearly smothered our planet in toxic garbage, but in the year 2109 we are saner, happier, and less destructive than any of our ancestors.

As booksellers, we sell ideas, dreams and stories. We sell art, knowledge and vision. I wish my foregoing vision were already true. Now in 2019, we are pleased to celebrate 90 years of service in Utah, and look forward to 90 more. Join us for our celebration on Saturday, August 17th. Thank you for being a part of the community of Weller Book Works.