The Good, the Bad, and the Undead (Hollows #2) (Mass Market) 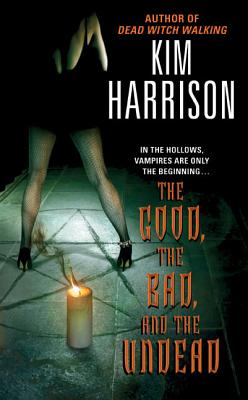 This is book number 2 in the Hollows series.

To save herself and her vampire roommate, former bounty hunter Rachel Morgan must confront six feet of sheer supernatural seduction—the vampire master—and dark secrets she’s hidden even from herself.

Kim Harrison is best known as the author of the #1 New York Times best selling Hollows series, but she has written more than urban fantasy and has published more than two-dozen books spanning the gamut from young adult, accelerated-science thriller, several anthologies, and has scripted two original graphic novels set in the Hollows universe. She has also published traditional fantasy under the name Dawn Cook. Kim is currently working on a new Hollows book between other, non related, urban fantasy projects.