The Witch with No Name (Hollows #13) (Mass Market) 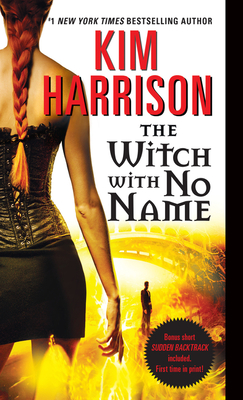 By Kim Harrison
Email or call for price

This is book number 13 in the Hollows series.

It’s Rachel Morgan’s ultimate adventure . . . and anything can happen in this next book in the New York Times bestselling Hollows series.

Rachel Morgan has come a long way from her early days as an inexperienced bounty hunter. She’s faced vampires and werewolves, banshees, witches, and soul-eating demons. She’s crossed worlds, channeled gods, and accepted her place as a day-walking demon. She’s lost friends and lovers and family, and an old enemy has unexpectedly become something much more.

But power demands responsibility, and world-changers must always pay a price. Rachel has known that this day would come—and now it is here.

To save Ivy’s soul and the rest of the living vampires, to keep the demonic ever after and our own world from destruction, Rachel Morgan will risk everything. . . .

Kim Harrison is best known as the author of the #1 New York Times best selling Hollows series, but she has written more than urban fantasy and has published more than two-dozen books spanning the gamut from young adult, accelerated-science thriller, several anthologies, and has scripted two original graphic novels set in the Hollows universe. She has also published traditional fantasy under the name Dawn Cook. Kim is currently working on a new Hollows book between other, non related, urban fantasy projects.

Praise for The Undead Pool: “A great ride in and of itself, rather than simply a buildup to the finale, which is sure to be whiz-bang.” — Kirkus Reviews (starred review)

“There’s a general sensation of closure and imminent climax as Harrison maneuvers toward the end, and patient readers are promised a substantial payoff.” — Publishers Weekly

“Readers who have followed this series will be overjoyed to have Trent and Rachel finally deal with their complicated history and chemistry.” — Library Journal

“The world-building is complex and solid....and the cast of characters is immensely engaging. The Undead Pool doesn’t disappoint.” — Tor.com