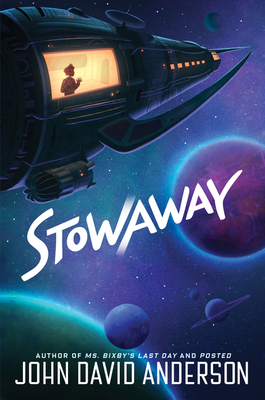 The beloved author of Posted and Ms. Bixby's Last Day returns with the first book in a coming-of-age sci-fi duology about Leo, a kid trying to navigate the galaxy in order to save his family—and, possibly, the planet Earth.

When scientists discover a rare and mysterious mineral buried in the Earth’s crust, they have no idea that it just happens to be the most valuable substance in the entire universe. It’s not long before aliens show up to our little corner of the galaxy offering a promise of protection, some fabulous new technology, and entry into their intergalactic coalition—all in exchange for this precious resource. A material so precious that other alien forces are willing to start a war over it. A war that soon makes its way to Earth.

Leo knows this all too well. His mother was killed in one such attack, and soon after, his father, a Coalition scientist, decides it would be best for them to leave Earth behind. It’s on this expedition that their ship is attacked, Leo’s father is kidnapped, and Leo and his brother are stranded in the middle of space. The only chance they have is for Leo to stow away on a strange ship of mercenary space pirates bound for who knows where and beg the captain to help him find his father.

But the road is dangerous, and pirates, of course, only look out for themselves. Leo must decide who to trust as he tries to stay alive and save his family, even as he comes to understand that there aren’t many people—human or alien—that he can count on in this brave new universe.

John David Anderson is the author of many highly acclaimed books for kids, including the New York Times Notable Book Ms. Bixby’s Last Day, Posted, Granted, One Last Shot, and Stowaway. A dedicated root beer connoisseur and chocolate fiend, he lives with his wonderful wife, two frawesome kids, and clumsy cat, Smudge, in Indianapolis, Indiana. You can visit him online at www.johndavidanderson.org.

"The Mandalorian meets Guardians of the Galaxy in this fast-paced space adventure that will have readers turning the pages as they are pulled into a unique yet strangely familiar world that reflects our own. An ideal pick for middle-grade sci-fi fans." — Booklist (starred review)

"A fast-paced tale of piracy among the stars. Featuring a winning cast of misfits who stumble into unexpected kinship, Anderson employs warm humor and pop culture references to ground the narrative against cosmic-level stakes and underlying commentary about exploitation and the cost of war." — Publishers Weekly

"Plentiful references to pop-culture touchstones like Ziggy Stardust and Pokémon give this space opera a lived-in feel. Leo’s narration aches with pathos but also provides moments of humor and finally ends on a cliffhanger. A heartfelt adventure." — Kirkus Reviews

"One final fillip sets up an even more wrenching conflict, leaving readers eager for a sequel." — Horn Book Magazine