The Adaptable Mind: What Neuroplasticity and Neural Reuse Tell Us about Language and Cognition (Hardcover) 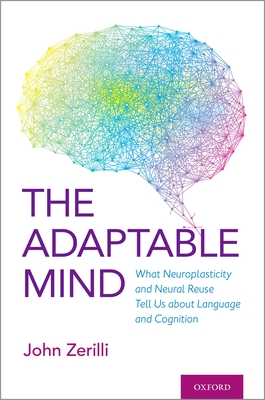 By John Zerilli
Email or call for price

A familiar trope of cognitive science, linguistics, and the philosophy of psychology over the past forty or so years has been the idea of the mind as a modular system-that is, one consisting of functionally specialized subsystems responsible for processing different classes of input, or
handling specific cognitive tasks like vision, language, logic, music, and so on. However, one of the major achievements of neuroscience has been the discovery that the brain has incredible powers of renewal and reorganization. This neuroplasticity, in its various forms, has challenged many of the
orthodox conceptions of the mind which originally led cognitive scientists to postulate hardwired mental modules. This book examines how such discoveries have changed the way we think about the structure of the mind. It contends that the mind is more supple than prevailing theories in cognitive science and artificial intelligence acknowledge. The book uses language as a test case. The claim that language is
cognitively special has often been understood as the claim that it is underpinned by dedicated-and innate-cognitive mechanisms. Zerilli offers a fresh take on how our linguistic abilities could be domain-general: enabled by a composite of very small and redundant cognitive subsystems, few if any of
which are likely to be specialized for language. In arguing for this position, however, the book takes seriously various cases suggesting that language dissociates from other cognitive faculties. Accessibly written, The Adaptable Mind is a fascinating account of neuroplasticity, neural reuse, the modularity of mind, the evolution of language, and faculty psychology.