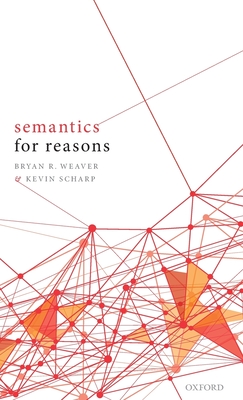 Semantics for Reasons is a book about what we mean when we talk about reasons. It not only brings together the theory of reasons and natural language semantics in original ways but also sketches out a litany of implications for metaethics and the philosophy of normativity. In their account of how the language of reasons works, Bryan R. Weaver and Kevin Scharp propose and defend a view called Question Under Discussion (QUD) Reasons Contextualism. They use this view to argue for a series of novel positions on the ontology of reasons, indexical facts, the reasons-to-be-rational debate, moral reasons, and the reasons-first approach.