Rising from the Plains (Annals of the Former World #3) (Paperback) 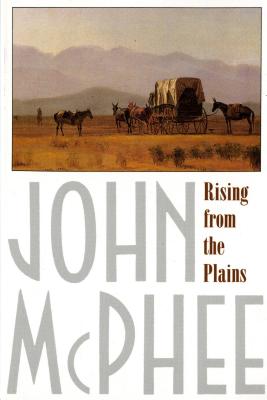 Rising from the Plains is John McPhee's third book on geology and geologists. Following Basin and Range and In Suspect Terrain, it continues to present a cross section of North America along the fortieth parallel—a series gathering under the overall title Annals of the Former World.

John McPhee was born in Princeton, New Jersey, and was educated at Princeton University and Cambridge University. His writing career began at Time magazine and led to his long association with The New Yorker, where he has been a staff writer since 1965. Also in 1965, he published his first book, A Sense of Where You Are, with Farrar, Straus and Giroux, and in the years since, he has written over 30 books, including Oranges (1967), Coming into the Country (1977), The Control of Nature (1989), The Founding Fish (2002), Uncommon Carriers (2007), and Silk Parachute (2011). Encounters with the Archdruid (1972) and The Curve of Binding Energy (1974) were nominated for National Book Awards in the category of science. McPhee received the Award in Literature from the Academy of Arts and Letters in 1977. In 1999, he was awarded the Pulitzer Prize for Annals of the Former World. He lives in Princeton, New Jersey.

“Mr. McPhee has created a style--blending detailed reporting with a novelistic sense of narrative--and a standard that have influenced a whole generation of journalists.” —Timothy Bay, The Baltimore Sun

“McPhee rides shotgun across Wyoming in a four-wheel-drive Bronco while the geologist David Love steers, lectures, and reminisces....This instructive account of the geologic West and the frontier West is a delight.” —Evan S. Connell, The New York Times Book Review