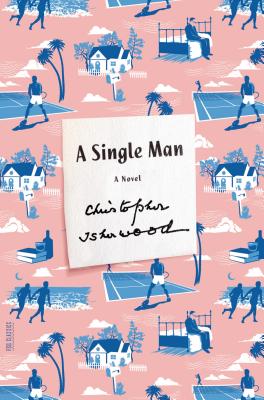 When Christopher Isherwood's A Single Man first appeared, it shocked many with its frank, sympathetic, and moving portrayal of a gay man in maturity. Isherwood's favorite of his own novels, it now stands as a classic lyric meditation on life as an outsider.

Welcome to sunny suburban 1960s Southern California. George is a gay middle-aged English professor, adjusting to solitude after the tragic death of his young partner. He is determined to persist in the routines of his former life. A Single Man follows him over the course of an ordinary twenty-four hours. Behind his British reserve, tides of grief, rage, and loneliness surge—but what is revealed is a man who loves being alive despite all the everyday injustices.

Christopher Isherwood (1904-1986) was born outside of Manchester, England. His life in Berlin from 1929 to 1933 inspired The Berlin Stories, which were adapted into a play, a film, and the musical Cabaret. Isherwood immigrated to the United States in 1939. A major figure in twentieth-century fiction and the gay rights movement, he wrote more than twenty books, including the novel A Single Man and his autobiography, Christopher and His Kind.

“Isherwood's A Single Man, published in 1964, is one of the first and best novels of the modern gay liberation movement.” —Edmund White

“A testimony to Isherwood's undiminished brilliance as a novelist.” —Anthony Burgess