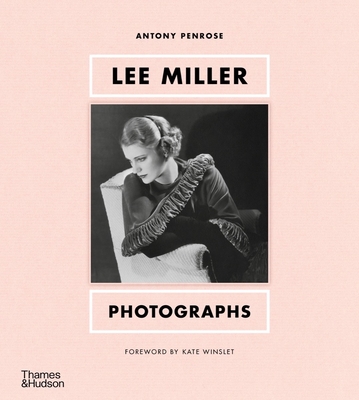 Over one hundred of the most outstanding photographs taken by photographer, model, and surrealist muse Lee Miller, published in anticipation of the film Lee starring Kate Winslet as Miller.

Photojournalist, war correspondent, model, and surrealist muse, Lee Miller was one of the most important women photographers of the twentieth century, working in the fields of photojournalism, fashion, portraiture, and advertising. This book presents over one hundred of Miller’s finest works in a single volume.

Introduced to photography at an early age, Miller honed her craft in Paris, where she associated with the surrealists and other avant-garde artists, including Jean Cocteau and Pablo Picasso. Together with Man Ray, she discovered the distinctive technique of solarization to create mesmerizing halo effects. After establishing her own photographic studio in New York, where she became a prominent commercial photographer, she then moved to the Middle East and Europe before becoming the official war photographer for Vogue, a period during which she took many of her most iconic photographs.

This evocative book collects Miller’s most famous documentary, fashion, and war works, as well as photographs of Miller. They are all carefully compiled by her son, photographer Antony Penrose, with a foreword by actress Kate Winslet, who will star as Miller in the film Lee.

Antony Penrose is a British photographer. The son of Sir Roland Penrose and Lee Miller, Penrose is director of the Lee Miller Archives and the Penrose Collection at his parents’ former home, Farleys House. He wrote the biography The Lives of Lee Miller.

Kate Winslet is an Academy Award–winning actress who will star as Miller in the film Lee.