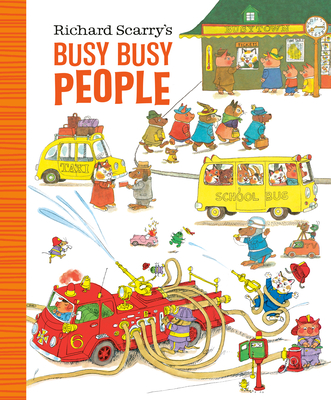 By Richard Scarry
$7.99
Email or call for price

A Richard Scarry board book full of busy workers with amazing jobs, including teachers, doctors, firefighters, and more!