The First Book of the Earth (Paperback) 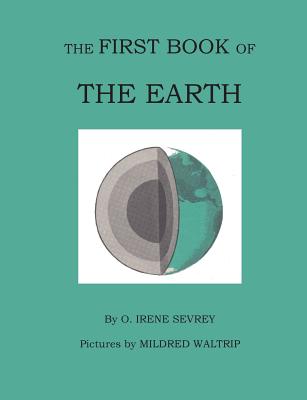 A republication of the 1958 book by Irene Sevrey with illustrations by Mildred Waltrip, The First Book of the Earth is an elementary level natural history book that was written during a time when children's books held a student's interest and imagination because they were "living" rather than simply based on factoids and vivid pictures. It is a wonderful introduction to the subject of geology and covers the earth as a planet in the solar system and the physics of how it circles the sun, thereby defining our days and years. It then moves on to describing the earth's origin as scientists understand it and takes up the topics of the earth's composition, its structure, molecular makeup, rock families, minerals, volcanoes and earthquakes, mountains and their formation, and how glaciers and rivers affect the shaping of the earth's surface. The book ends by briefly discussing dinosaurs and the possible aging techniques used to date the earth's age in terms of epochs or periods.