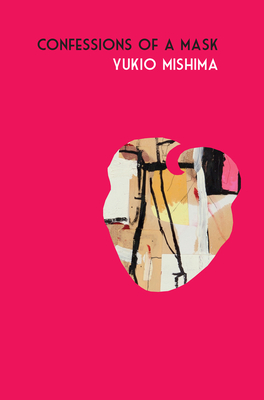 By Yukio Mishima, Meredith Weatherby (Translated by)
$19.95
Email or call for price

Confessions of a Mask tells the story of a Japanese boy's development towards a homosexual identity during and after the Second World War. In narrating his progress from an isolated childhood through adolescence to manhood, he exposes his inner life, full of repressed homosexual desires and preoccupations with sadomasochism and death. The enduring power of the novel is in part owing to its themes of fantasy, despair, and alienation, its eloquent voice, but also its autobiographical nature —the equally enduring fascination with the life and character of one of Japan's most turbulent artists. As part of the new Peter Owen Cased Classics series, this special hardback edition carries an elegant dust jacket with a false die-cutting of a mask, while printed on the cover board is the work of British contemporary artist Fraser Taylor.

Yukio Mishima (1925-1970) was a significant cultural figure in postwar Japan. A prolific novelist, poet, and dramatist, his work helped establish Japanese literature in the West, particularly The Sea of Fertility tetralogy, and novels such as The Sailor Who Fell From Grace, The Temple of the Golden Pavilion, and Confessions of a Mask. During his lifetime, Mishima courted controversy for his political views. In 1970, following a failed coup d'etat, Mishima publicly committed seppuku, ritual suicide by disembowelment. Meredith Weatherby (1915–1997) was an American publisher and translator. He spent a large part of his life in Japan and is known in particular for his English translations of the literary works by Yukio Mishima.