Brass Valley: The Fall of an American Industry (Hardcover) 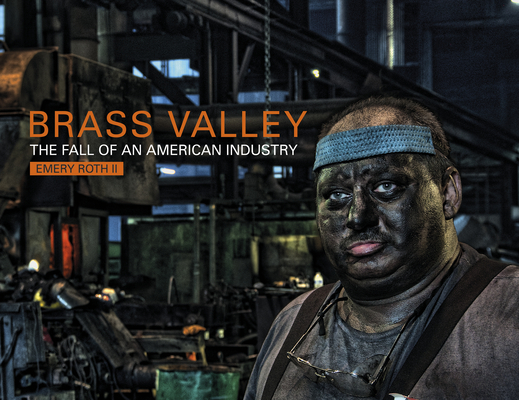 By Emery Roth
Email or call for price

In this ode to Connecticut's Naugatuck River Valley, vibrant photos and moving poetry relate the region's legendary industrial history and ponder its legacy. The story begins in 1802, when two metalworking families joined forces to manufacture brass. Business soared during the War of 1812 with the demand for buttons, and soon brass parts became essential in the age of steam and electricity. As large-scale brass manufacturing grew across what became known as Brass Valley, mill towns along the river, such as Torrington and Waterbury, developed into thriving cultural centers. This continued until 2014, when the last plant closed, and the tradition of soot-covered workers charging generations-old furnaces came to an end. This poignant elegy captures the glowing metal flying through the air at the Ansonia foundry in its final days, as well as abandoned opera houses and train tracks, the vestiges of a dying infrastructure and American way of life.

Emery Roth II earned degrees in architecture and literature from Carnegie-Mellon University. After 40 years living and working in Connecticut's "Northwest Hills," he became fascinated with the old mill towns of the Naugatuck Valley.