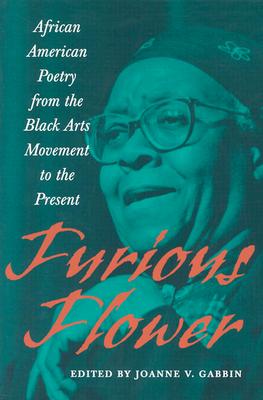 By Joanne V. Gabbin (Editor), Center for American Places (Prepared by)
Email or call for price

Furious Flower: African-American Poetry from the Black Arts Movement to the Present

The Furious Flower Conference of 1994 represented the largest gathering of African American writers at one event in nearly thirty years. In that crucial span of time, African American poetry had evolved into an art less overtly political and more introspective; it had also shown dramatic growth--both in the number of its readers and its practitioners.

As a second Furious Flower Conference prepares to convene, Joanne Gabbin has assembled a remarkable selection of works by the Furious Flower participants. The forty-three poets cover three generations, ranging from such established voices as Michael Harper, Nikki Giovanni, and the late Gwendolyn Brooks, in whose honor the conference was organized, to a host of rising young writers who are reimagining America in the language of a hip-hop nation.

Furious Flower provides a fascinating collective portrait of African American poetry at the close of the twentieth century--as well as an indication of where it may be headed as we enter the twenty-first. The book includes biographies of the contributors and a dynamic collection of performance photographs by C. B. Claiborne featuring many of the Furious Flower participants as they appeared at the original 1994 conference.

Published in association with the Center for American Places