The Logic of Nothingness: A Study of Nishida Kitaro (Nanzan Library of Asian Religion and Culture #12) (Paperback) 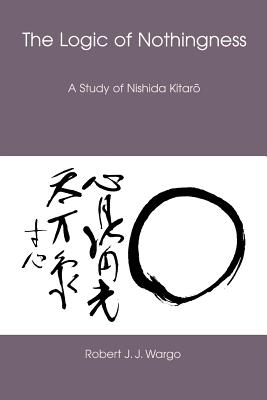 By Robert J. J. Wargo
Email or call for price

The writings of Nishida Kitar , whose name has become almost synonymous with Japanese philosophy, continue to attract attention around the world. Yet studies of his thought in Western languages have tended to overlook two key areas: first, the influence of the generation of Japanese philosophers who preceded Nishida; and second, the logic of basho (place), the cornerstone of Nishida's mature philosophical system.

The Logic of Nothingness addresses both of these topics. Robert Wargo argues that the overriding concern of Nishida's mature philosophy, the attempt to give a reasonable account of reality that includes the reasonableness of that account itself--or what Wargo calls the problem of completeness--has its origins in Inoue Enryo's (1858-1919) and Inoue Tetsujiro's (1855-1944) preoccupation with the problem of standpoints. A translation of one of Nishida's most demanding texts, included here as an appendix, demonstrates the value of Wargo's insightful analysis of the logic of basho as an aid to deciphering the philosopher's early work.