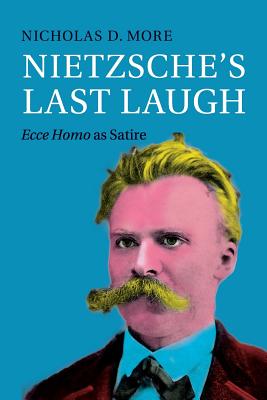 By Nicholas D. More
Email or call for price

Nietzsche's Ecce Homo was published posthumously in 1908, eight years after his death, and has been variously described ever since as useless, mad, or merely inscrutable. Against this backdrop, Nicholas D. More provides the first complete and compelling analysis of the work, and argues that this so-called autobiography is instead a satire. This form enables Nietzsche to belittle bad philosophy by comic means, attempt reconciliation with his painful past, review and unify his disparate works, insulate himself with humor from the danger of 'looking into abysses', and establish wisdom as a special kind of 'good taste'. After showing how to read this much-maligned book, More argues that Ecce Homo presents the best example of Nietzsche making sense of his own intellectual life, and that its unique and complex parody of traditional philosophy makes a powerful case for reading Nietzsche as a philosophical satirist across his corpus.