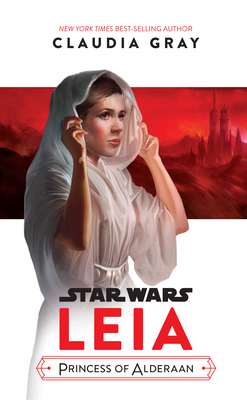 Explore the beginning of Leia's participation in the Rebellion and the origin of her friendship with Amilyn Holdo from The Last Jedi!
Sixteen-year-old Princess Leia Organa faces the most challenging task of her life so far: proving herself in the areas of body, mind, and heart to be formally named heir to the throne of Alderaan. She's taking rigorous survival courses, practicing politics, and spearheading relief missions to worlds under Imperial control. But Leia has worries beyond her claim to the crown. Her parents, Breha and Bail, aren't acting like themselves lately; they are distant and preoccupied, seemingly more concerned with throwing dinner parties for their allies in the Senate than they are with their own daughter. Determined to uncover her parents' secrets, Leia starts down an increasingly dangerous path that puts her right under the watchful eye of the Empire. And when Leia discovers what her parents and their allies are planning behind closed doors, she finds herself facing what seems like an impossible choice: dedicate herself to the people of Alderaan (including the man she loves) or to the galaxy at large, which is in desperate need of a rebel hero...

Claudia Gray is the author of Star Wars: Bloodline, Star Wars: Lost Stars and Defy the Stars, as well as the Firebird series, the Evernight series and the Spellcaster series. She has worked as a lawyer, a journalist, a disc jockery, and a particularly ineffective waitress. Her lifelong interests include old houses, classic movies, vintage style, and history. She lives in New Orleans. Find her at claudiagray.com, facebook.com/authorclaudiagray, and @claudiagray.