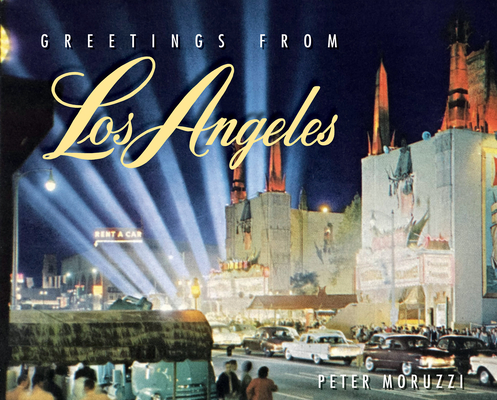 By Peter Moruzzi
Email or call for price

A fascinating tour of Los Angeles told through vintage images.

The City of Angels' story is told through a fun and colorful collection of old photos, picture postcards, brochures, ads, and other vintage ephemera, accompanied by author Peter Moruzzi's candid and insightful commentary.

California natives, newcomers, and vistors alike will discover a largely forgotten history of Los Angeles, much of it lost to progress, as chronicled from the late 1800s through the mid-twentieth century.

Peter Moruzzi graduated from the University of California at Berkeley and later attended the American Film Institute in Los Angeles. In 1999, he founded the Palm Springs Modern Committee (PS ModCom), an architectural preservation group. He is the author of Palm Springs Holiday, Palm Springs Paradise, and Havana Before Castro.