A Ladder to the Sky (Large Print / Library Binding) 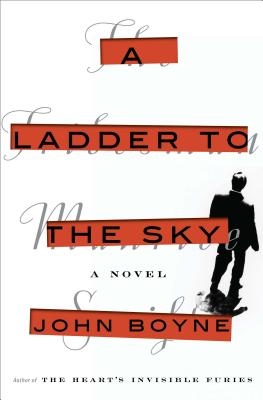 By John Boyne
Email or call for price

“Maurice Swift is a man you won’t soon forget: handsome and charming, but above all else ambitious. He dreams of being the greatest writer of his generation and has no qualms about using the people in his orbit and conning his way to the top of his field. John Boyne has given us a truly memorable character in Maurice, but more than that, he’s given us a novel with an ingenious structure and terrific dialogue that entertains the larger question of who can ever really own a story. This is a fantastic, thoughtful tale that even in its darkest moments is a thrill to read.”
— Erika VanDam, RoscoeBooks, Chicago, IL

“Maurice Swift, a sociopathic writer with massive ambition but little talent, lures victims with his beauty, betraying their trust with his typewriter. In this devastating character study of creative ambition, Boyne takes a few satisfying pokes at literary pretensions while demonstrating the crucial skill he denies Maurice: the ability to plot a great story. Also, the late Gore Vidal appears as a character in just the way one would imagine him.”
— Sharon Flesher, Brilliant Books, Traverse City, MI