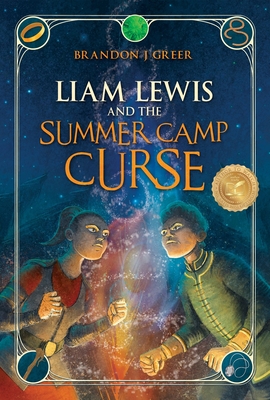 Thirteen-year-old Liam Lewis is a troublemaker. When he gets detention on the last day of sixth grade, his parents decide to put a stop to his mischief by signing him up for a three-week-long behavioral summer camp that is said to have a 100 percent success rate in rehabilitating kids like him. If anyone asked Liam, he'd say it sounded more like brainwashing. Too bad no one asked. Furious about this unfair decision, Liam is determined to withstand whatever mind tricks the camp could throw at him. After arriving at the camp, however, he realizes that things aren't as bad as he expected. No, they are much, much worse. First, the camp director claims to be a wizard. Second, the camp isn't even on Earth. Third, the only way for Liam and the three other campers to get back home is by recovering a stolen gem and stopping a curse from destroying the world. Facing a treacherous landscape, dangerous beasts, and-worst of all-the frustrations of teenage cooperation, Liam must race against time to find the gem and return home before this three-week camp becomes permanent.