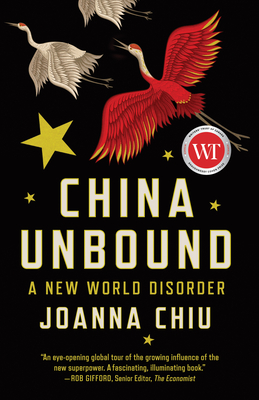 As the world's second-largest economy, China is extending its influence across the globe with the complicity of democratic nations. Joanna Chiu has spent a decade tracking China's propulsive rise, from the political aspects of the multi-billion-dollar "New Silk Road" global investment project to a growing sway on foreign countries and multilateral institutions through "United Front" efforts. Chiu offers readers background on the protests in Hong Kong, underground churches in Beijing, and exile Uyghur communities in Turkey, and exposes Beijing's high-tech surveillance and aggressive measures that result in human rights violations against those who challenge its power. The new world disorder documented in China Unbound lays out the disturbing implications for global stability, prosperity, and civil rights everywhere.