Forever Wolf (The Legend of All Wolves) (Mass Market) 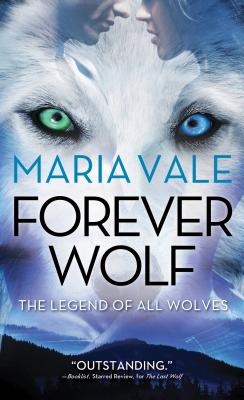 By Maria Vale
Email or call for price

This is book number 3 in the The Legend of All Wolves series.

A fierce wolf shifter romance where one woman may be able to save a rogue shifter, but at what cost to her wolfpack…

Varya is fiercely loyal to the Great North Pack, which took her in when she was an orphaned teenager. While out on a midnight patrol, Varya finds Eyulf, a rogue shifter, wounded and starving. In a slippery escape from danger, she saves his life, at great risk to her own.

Eyulf was once rejected by his pack as an infant and has never understood why, or what he is…until Varya crosses his path and introduces him to a new Pack world.

With old and new enemies threatening the Great North, Varya knows that she must keep Eyulf hidden. Until the day they must fight to the death for the Pack's survival, side by side and heart to heart with a love unbound…

It's time to cry wolf: Fearsome shifter romance featuring stolen love, an outsider who wants only to belong, a fiercely protective wolfpack family, passion, betrayal, and a paranormal world like no other.

Look for the Legend of All Wolves series.

Maria Vale is a journalist who has worked for Publishers Weekly, Glamour magazine, Redbook, the Philadelphia Inquirer. She is a logophile and a bibliovore and a worrier about the world.Trained as a medievalist, she tries to shoehorn the language of Beowulf into things that don't really need it. She currently lives in New York with her husband, two sons and a long line of dead plants. No one will let her have a pet.

"The third installment in Vale’s enthralling Legend of All Wolves series, this maintains momentum and adds fascinating insights into pack life. Terrific on its own, it is enhanced by reading The Last Wolf (2018) and A Wolf Apart (2018). In addition to thrilling paranormal-romance fans, Vale’s latest will also delight readers who enjoy exquisite world building in any genre." — Booklist, STARRED Review

"Adventurous readers will appreciate Vale’s unique love story, including the unconventional but poignant happily ever after." — BookPage, Smitten

"Tender, heart-wrenching, and drenched in legend and lore, this bittersweet romance highlights the tension between following rigid law and adapting to change; a fierce, fulfilling addition to this mesmerizing series." — Library Journal