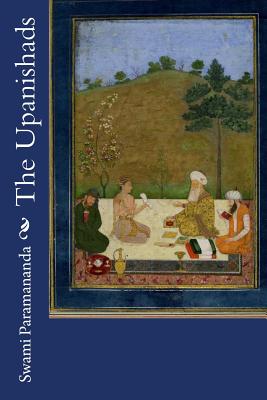 By Swami Paramananda
Email or call for price

The upanishads a part of the Vedas, are ancient Sanskrit texts that contain some of the central philosophical concepts and ideas of Hinduism, some of which are shared with Buddhism, and Jainism. Among the most important literature in the history of Indian religions and culture, the Upanishads played an important role in the development of spiritual ideas in ancient India, marking a transition from Vedic ritualism to new ideas and institutions. Of all Vedic literature, the Upanishads alone are widely known, and their central ideas are at the spiritual core of Hindus. The Upanishads are commonly referred to as Vedanta. Vedanta has been interpreted as the "last chapters, parts of the Veda" and alternatively as "object, the highest purpose of the Veda". The concepts of Brahman (ultimate reality) and Atman (soul, self) are central ideas in all of the Upanishads, and "know that you are the Atman" is their thematic focus. Along with the Bhagavad Gita and the Brahmasutra, the mukhya Upanishads provide a foundation for the several later schools of Vedanta, among them, two influential monistic schools of Hinduism. More than 200 Upanishads are known, of which the first dozen or so are the oldest and most important and are referred to as the principal or main (mukhya) Upanishads. The mukhya Upanishads are found mostly in the concluding part of the Brahmanas and Aranyakas and were, for centuries, memorized by each generation and passed down orally. The early Upanishads all predate the Common Era, five of them in all likelihood pre-Buddhist (6th century BCE), down to the Maurya period. Of the remainder, 95 Upanishads are part of the Muktika canon, composed from about the last centuries of 1st-millennium BCE through about 15th-century CE New Upanishads, beyond the 108 in the Muktika canon, continued to be composed through the early modern and modern era, though often dealing with subjects which are unconnected to the Vedas. With the translation of the Upanishads in the early 19th century they also started to attract attention from a western audience. Arthur Schopenhauer was deeply impressed by the Upanishads and called it "the production of the highest human wisdom". Modern era Indologists have discussed the similarities between the fundamental concepts in the Upanishads and major western philosophers.