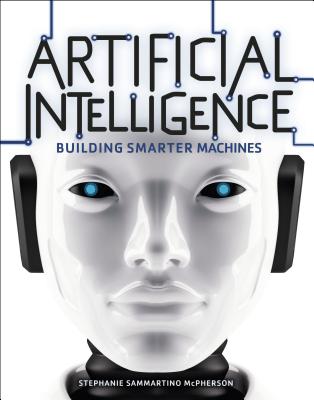 By Stephanie Sammartino McPherson
Email or call for price

In 2011 a computer named Watson outscored two human competitors on the TV quiz show Jeopardy and snagged the million-dollar prize. Watson isn't the only machine keeping up with humans. The field of artificial intelligence (AI) is booming, with drones, robots, and computers handling tasks that once only humans could perform.

Such advances raise challenging questions. Do Watson and other computers really think? Can machines acquire self-awareness? Is AI a promising or a dangerous technology? No machine, not even Watson, yet comes close to matching human intelligence, but many scientists believe it is only a matter of time before we reach this milestone. What will such a future look like?