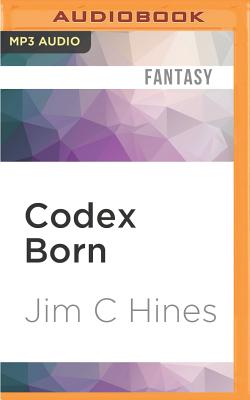 This is book number 2 in the Magic Ex Libris series.

Five hundred years ago, Johannes Gutenberg discovered the art of libriomancy, allowing him to reach into books to create things from their pages. Gutenberg's power brought him many enemies, and some of those enemies have waited centuries for revenge. Revenge which begins with the brutal slaughter of a wendigo in the northern Michigan town of Tamarack, a long-established werewolf territory. Libriomancer Isaac Vainio is part of Die Zwelf Portenre, better known as the Porters, the organization founded by Gutenberg to protect the world from magical threats. Isaac is called in to investigate the killing, along with Porter psychiatrist Nidhi Shah and their dryad bodyguard and lover, Lena Greenwood. Born decades ago from the pages of a pulp fantasy novel, Lena was created to be the ultimate fantasy woman, strong and deadly, but shaped by the needs and desires of her companions. Her powers are unique, and Gutenberg's enemies hope to use those powers for themselves. But their plan could unleash a far darker evil....