Mode One: Let the Women Know What You're Really Thinking (Paperback) 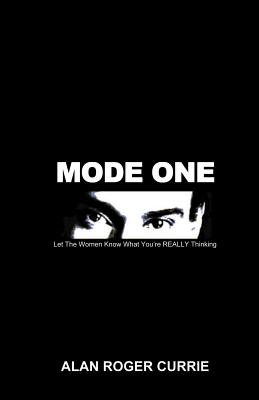 By Alan Roger Currie
Email or call for price.

Do women generally categorize you as a "nice guy "

Okay, let me ask you something.

Is that "nice guy" tag helping to improve your social life, love life and/or sex life

Many women SAY they want a "nice guy," but realistically ... don't believe the hype.

Women want a man who stimulates them ...

The #1 non-physical characteristic that enhances your sex appeal with a woman is a 'fearless' sense of self-confidence & self-assurance as well as straightforward honesty.

This is exactly what the principles of Mode One Behavior provide you with.

When you're afraid of being criticized by women, disliked by women, rejected by women, and/or indefinitely ignored by women ... guess what You will experience all of those miserable responses from women. Fear is essentially a self-fulfilling prophecy. When you 'fear' something, that means, subconsciously, you don't want it to happen, but you fully EXPECT it to happen.

MODE ONE explains how you will almost immediately be able to distinguish the difference between genuine, non-manipulative women, and the more phony, manipulative, duplicitous type women.

Rejection by women is not your #1 enemy.

Subjective criticisms and/or opinionated insults are not your #1 enemy.

Wasting TIME and MONEY pursuing women who are not genuinely interested in you is your true #1 enemy.

What are you waiting for The paperback version and E-Book version of my book, Mode One: Let The Women Know What You're REALLY Thinking can be purchased RIGHT NOW. (And if you're a woman reading this ... many of those who have already read the E-Book version have been women Women can exhibit Mode One Behavior to their benefit as well).