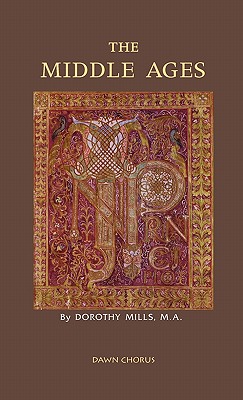 By Dorothy Mills
Email or call for price

In The Middle Ages, Dorothy Mills lets medieval chroniclers tell their own tales; poets and troubadours, minstrels and wandering scholars sing their own songs; and serfs describe their hard lot. Beginning with the early Middle Ages, she tells how Constantinople acted as a bulwark against attacks of uncivilized tribes from the East; how Christian missionaries went out to convert the 'pagan' lands of Europe; the story of Mohammed and the influence of Islam; of Vikings and their seafaring ways. She combines interesting source material with a scholarly interpretation of important events and of those features that characterized all countries during the Middle Ages: the Church; monks and friars and pilgrims; feudalism and chivalry; the manors and towns; Crusades; students wandering in search of learning; science and magic; poetry and drama; arts and crafts. Dorothy Mills had an uncanny ability to write history that is interesting and at the same time based on sound scholarship. Her direct, engaging approach is valued increasingly by the many parents in our day who are looking for reliable materials for home study, as well as by many private school educators. The highly-prized six volumes of her historical works (see below) have become scarce, and so Dawn Chorus has reprinted them in its effort to offer texts ideally suited to the needs of a new generation of teachers and students. In a world where the quality of education has so deteriorated, may the reissue of this wonderful historical series shine as a beacon to a new generation of young (and not so young) scholars Dawn Chorus publishes five other books by Dorothy Mills: The Book of the Ancient World; The Book of the Ancient Greeks; The Book of the Ancient Romans; The People of Ancient Israel; and Renaissance and Reformation Times. Dawn Chorus has also republished another historical series perfectly suited for home or school use: The Picturesque Tale of Progress, by Olive Beaupr Miller. It is available in large format (9 volumes), or smaller, double-bound format (5 volumes).