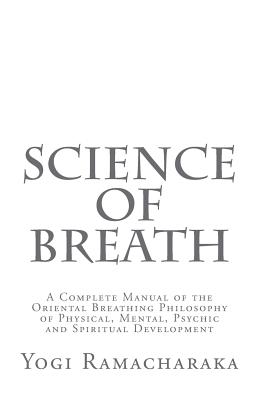 Yoga is divided into several branches, ranging from that which teaches the control of the body, to that which teaches the attainment of the highest spiritual development. In the work we will not go into the higher phases of the subject, except when the "Science of Breath" touches upon the same. The "Science of Breath" touches Yoga at many points, and although chiefly concerned with the development and control of the physical, has also its psychic side, and even enters the field of spiritual development.In India there are great schools of Yoga, comprising thousands of the leading minds of that great country. The Yoga philosophy is the rule of life for many people. The pure Yogi teachings, however, are given only to the few, the masses being satisfied with the crumbs which fall from the tables of the educated classes, the Oriental custom in this respect being opposed to that of the Western world. But Western ideas are beginning to have their effect even in the Orient, and teachings which were once given only to the few are now freely offered to any who are ready to receive them. The East and the West are growing closer together, and both profiting by the close contact, each influencing the other.The Hindu Yogis have always paid great attention to the Science of Breath, for reasons which will be apparent to the student who reads this book. Many Western writers have touched upon this phase of the Yogi teachings, but we believe that it has been reserved for the writer of this work to give the Western student, in concise form and simple language, the underlying principles of the Yogi Science of Breath, together with many of the favorite Yogi breathing exercises and methods. We have given the Western idea as well as the Oriental, showing how one dovetails into the other. We have used the ordinary English terms, almost entirely, avoiding the Sanskrit terms, so confusing to the average Western reader.The first part of the book is devoted to the physical phase of the Science of Breath; then the psychic and mental sides are considered, and finally the spiritual side is touched upon.We may be pardoned if we express ourselves as pleased with our success in condensing so much Yogi lore into so few pages, and by the use of words and terms which may be understood by anyone. Our only fear is that its very simplicity may cause some to pass it by as unworthy of attention, while they pass on their way searching for something "deep," mysterious and non-understandable. However, the Western mind is eminently practical, and we know that it is only a question of a short time before it will recognize the practicability of this work.We greet our students, with our most profound saalam, and bid them be seated for their first lesson in the Yogi Science of Breath.