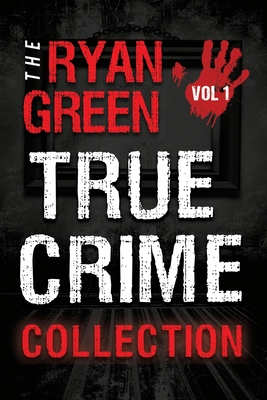 This is book number 1 in the True Crime series.

Four chilling true crime stories in one collection, from the bestselling author Ryan Green. Volume one contains some of Green's most fascinating accounts of violence, abuse, deception and murder. Within this collection, you'll receive: Harold Shipman: The True Story of Britain's Most Notorious Serial Killer
The story of Britain's most notorious serial killer, Harold Shipman, from his upbringing, his victims, his trial, and his motivations. Shipman killed no less than 218 of his patients, making him Britain's most prolific serial killer. What possessed a respected and trusted man to abuse his power on such a grand scale? Colombian Killers: The True Stories of the Three Most Prolific Serial Killers on Earth
Luis Alfredo Garavito, Pedro Alonzo Lopez, and Daniel Camargo Barbosa are among the most prolific serial killers in the world. Between them, they were convicted of 329 murders, but it's believed that the number they committed is over 750. Fred & Rose West: Britain's Most Infamous Killer Couples
This chilling book is based on the true life events of Britain's most infamous killer couple, Rosemary and Frederick West, and the terror they wreaked on their hometown before their apprehension in 1994. The story includes decades of child abuse, an underground torture chamber and a burial ground containing the bodies of the spent victims - including that of their missing daughter. The Kurim Case: A Terrifying True Story of Child Abuse, Cults & CannibalismA horrific narrative uncovered by accident exposes a mother and sister's sadistic acts of child abuse, confinement, and even cannibalism of two young boys. But this turned out to be the tip of the iceberg. The child abuse was performed at a much larger scale.