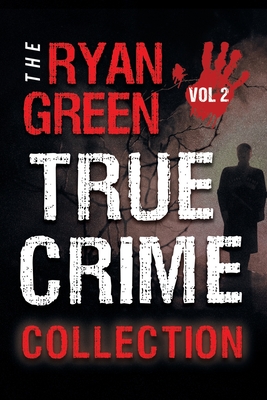 This is book number 2 in the True Crime series.

4 books for the price of 2 (save 50%) Four chilling true crime stories in one collection, from the bestselling author Ryan Green. Volume two contains some of Green's most fascinating accounts of violence, abuse, deception and murder. Within this collection, you'll receive: Obeying Evil: The Mockingbird Hill Massacre Through the Eyes of a Killer
The shocking true story of Ronald Gene Simmons and the most disturbing family killing spree in the United States. During the Christmas Holidays in 1987, the retired Air Force Master Sergeant executed 16 people, 14 of which were members of his family. This included his daughter, whom he had sexually abused, and the child he had fathered with her. The Truro Murders: The Sex Killing Spree Through the Eyes of an AccompliceJames Miller, an aging misfit, meets his one true love in prison, Christopher Worrell, a young, charismatic sociopath. Miller stops at nothing to meet the demands of his sadistic friend, in an attempt to take the relationship on to another level. Sinclair: The World's End Murders through the Eyes of a KillerThe naked bodies of two teenage girls were discovered the morning after a night out in Edinburgh. No attempt had been made to conceal their bodies, they were six miles apart, and both girls had been beaten, gagged, tied, raped and strangled. You Think You Know Me: The True Story of Herb Baumeister and the Horror at Fox Hollow FarmHerb Baumeister was a husband, father of three, and successful businessman-but he was hiding a very dark secret. In June 1996, police uncovered the remains of eleven bodies within the family estate. Buy all four books today and save 50%