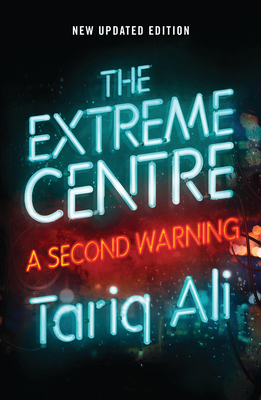 By Tariq Ali
Email or call for price

Against the centre ground

Since 1989, politics has been a contest to see who can best serve the needs of the market. In this urgent and wideranging case for the prosecution, Tariq Ali looks at the people and events that have informed this development across the world. It is an investigation that reaches its logical conclusion with the presidency of Donald Trump, the success of En Marche! in France, and the dominance of Merkel’s Germany throughout Europe.

In this fully updated edition of The Extreme Centre, Ali considers recent events that suggest, despite everything, that there is room for hope. He finds promise in Latin America and at the edges of Europe. Emerging parties in Scotland, Greece, and Spain, formed out of the 2008 crisis, are offering new promise for democracy. Even in the UK, with the rise of Jeremy Corbyn, there are indications that the hegemony of the centre may be weaker than imagined.

Tariq Ali is a writer and filmmaker. He has written more than a dozen books on world history and politics—including Pirates of the Caribbean, Bush in Babylon, The Clash of Fundamentalisms and The Obama Syndrome—as well as five novels in his Islam Quintet series and scripts for the stage and screen. He is an editor of the New Left Review and lives in London.

“For years, left-wing critics have framed the debate. Angela Davis, Ruthie Gilmore, Marc Mauer and, more recently, Michelle Alexander gave us the terminology to speak about all this: the prison industrial complex, abolition, non-reform reform and The New Jim Crow … [Ali’s theorized term ‘extreme center’] provides us with a new language to describe our problems … One of the key tasks of the extreme center is to take center stage, to ensure that no alternative seems either reasonable or possible.”
—James Kilgore, author of Understanding Mass Incarceration: A People’s Guide to the Key Civil Rights Struggle of our Era, in Counterpunch

“A sharp polemic against greed, inequality and our flailing democratic system whose engine is the EU.”
—Libération

“Ali is indeed a kind of professional, or inveterate heretic, a writer who has made a career of dissenting from every kind of orthodoxy.”
—Robyn Creswell, The National