The Yoga Sutras of Patanjali: The Essential Yoga Texts for Spiritual Enlightenment (Hardcover) 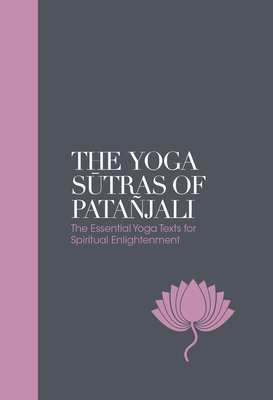 By Swami Vivekananda
Email or call for price

Providing an explanation of the practical and philosophical foundations of Raja Yoga, The Yoga Sūtras of Patañjali is arguably the most important text on Yogic philosophy.

The Yoga Sūtras of Patañjali is widely regarded as the most authoritative text on yoga. It comprises a collection of 196 Indian sutras (“threads” – as sutra translates from Sanskrit) written 1,700 years ago. These threads or aphorisms were compiled by the Indian sage Patañjali and offer guidelines for living a meaningful and purposeful life.

The book is organized into four parts and provides descriptions of the eight limbs of yoga, such as pranayama and asana. The translated text is presented alongside a clear and insightful commentary by Swami Vivekananda, which makes them more accessible to the modern reader and yoga practitioner. His message of universal brotherhood and self-awakening remains relevant today, especially in the current backdrop of widespread political turmoil around the world.

Swami Vivekananda (1863–1902), a Hindu monk, was the foremost disciple of the sage Ramakrishna and a world spokesman for the school of Hindu philosophy called Vedanta. He founded the Ramakrishna Order in India in 1898 and was responsible for the revival of Hindu spiritualism and established Hinduism as a revered religion on the world stage.