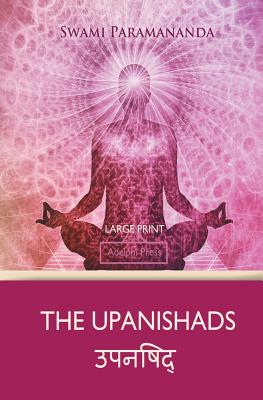 The Upanishads are part of the Vedas, ancient Sanskrit texts containing some of the central philosophical concepts and ideas of Hinduism, some of which are shared with religious traditions like Buddhism and Jainism. Of all Vedic literature, the Upanishads alone are widely known, and their central ideas are at the spiritual core of Hindus. This is a large print edition offering text printed in fot size 14.

Swami Paramananda was one of the early Indian teachers who went to the United States to spread the Vedanta philosophy and religion there. He was a mystic, a poet and an innovator in spiritual community living.