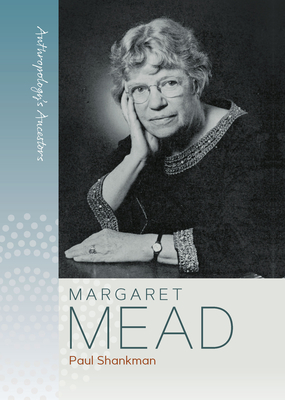 By Paul Shankman
Email or call for price

This short volume is an ideal starting point for anyone wanting to learn about, arguably, the most famous anthropologist of the twentieth century.

"Since her death, a steady drip of books about Mead, one of the most significant women in twentieth century social science and American society, has appeared, some interesting, many quite a bit less so. While Shankman's biography makes use of them, it nevertheless stands out among the better ones, not only for its well-informed and balanced view of Mead, but also for its concision."--Times Literary Supplement

Tracing Mead's career as an ethnographer, as the early voice of public anthropology, and as a public figure, this elegantly written biography links the professional and personal sides of her career. The book looks at Mead's early career through the end of World War II, when she produced her most important anthropological works, as well as her role as a public figure in the post-war period, through the 1960s until her death in 1978. The criticisms of Mead are also discussed and analyzed.

From the introduction:
After her death, she was awarded the Presidential Medal of Freedom by President Jimmy Carter.... On the other side of the world, Mead's passing was remembered in a very different context. On the island of Manus off the coast of New Guinea, the people of Pere village also mourned her death. Mead first studied the people of Pere in the late 1920s, returning in the 1950s with further visits thereafter. Over a span of five decades, she touched their lives, and they touched hers. Such was Mead's stature that they commemorated her death with a ceremony befitting a great leader.

Paul Shankman is Emeritus Professor of Anthropology at the University of Colorado-Boulder. He is the author of The Trashing of Margaret Mead: Anatomy of an Anthropological Controversy (Wisconsin, 2009).