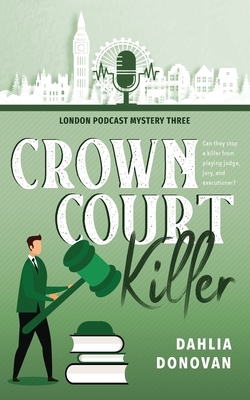 Months after saving their flamboyant theatre friend from disaster, Dannel Ortea and Osian Garey are back with a thrilling murder investigation in the third London Podcast Mystery series novel.

Dannel and Osian's breakfast double date rapidly devolves into a murder mystery when a dead body is found in their solicitor friend's car. Wayne is taken for questioning by police. He was last seen arguing with the deceased.

When Wayne's tie is identified as the murder weapon, it's hard to refute the growing evidence stacked against him.

Convinced of their friend's innocence, Dannel and Osian throw themselves into the investigation. When Wayne's boyfriend, Roland, finds himself suspended from the police, they realise powerful people are involved in the murder.

With a philandering crown court judge, two disgruntled wives, and an angry client as suspects, the clock is ticking for them to find the killer before Wayne winds up arrested-or dead.