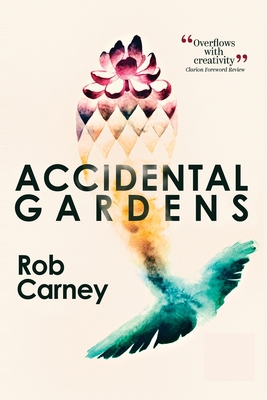 There is a centuries-old Japanese form of writing called the haibun: meditative narratives ending with a haiku that acts as a summary or extension of the ideas and moods in the prose. In Accidental Gardens, Rob Carney both honors this form and gives it an update for the 21st century. These 42 essays-arranged into sections titled "Environmental Studies," "Wine Is Rain in Translation," "Seven Seeds," and "Raccoon Verses"-are all short and end, haibun-style, with poems or encapsulating images. These essays are impressed by the natural world, and unimpressed by politics. They are lessons on poetic craft, and poetic themselves. They are at home in the American West but aware of the whole earth, all its landscapes and animals and magic, but also its fragility since so many of its human inhabitants are reckless and absurd. Sometimes hilarious, sometimes reverent, Accidental Gardens is always smart, and vital, and concerned.