Desert Cabal: A New Season in the Wilderness (Paperback) 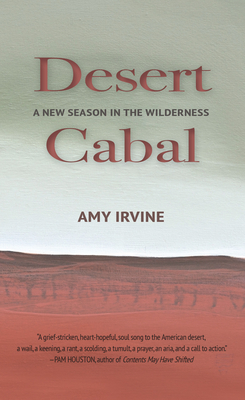 Amy Irvine is a sixth-generation Utahn and long-time public lands activist. Her work has been published in Orion, Pacific Standard, High Desert Journal, Climbing, Triquarterly, and other publications. Her memoir, Trespass: Living at the Edge of the Promised Land, received the Orion Book Award, the Ellen Meloy Desert Writers Award, and Colorado Book Award. Her essay "Spectral Light," which appeared in Orion and The Best American Science and Nature Writing, was a finalist for the Pen Award in Journalism, and her recent essay, "Conflagrations: Motherhood, Madness and a Planet on Fire" appeared among the 2017 Best American Essays' list of Notables. Irvine teaches in the Mountainview Low-Residency MFA Program of Southern New Hampshire University--in the White Mountains of New England. She lives and writes off the grid in southwest Colorado, just spitting distance from her Utah homeland.