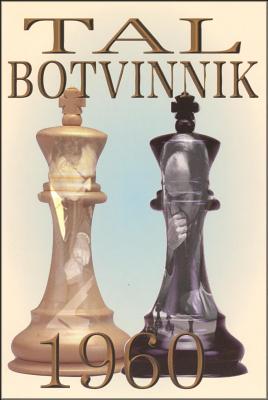 Mikhail Tal's splendid account of his world championship match victory is one of the masterpieces of the golden age of annotation -- before insights and feelings and flashes of genius were reduced to mere moves and Informant symbols. This is simply the best book written about a world championship match by a contestant. That shouldn't be a surprise because Tal was the finest writer to become world champion.
-- International Grandmaster and popular chess columnist Andy Soltis.

In 1960 Mikhail Botvinnik was the pillar of scientific chess and the iron-willed champion of the world. The young attacking genius Mikhail Tal, the Wizard of Riga, put the magic back into the game by defeating Botvinnik with spectacular tactics in one of the most dramatic and celebrated world championship matches of all time.

This is Tal's own classic work on the contest. In it he sets the stage and explains every one of the 21 games, telling both the on- and off-the-board story of this titanic clash of styles and thought.

Find out why this book is widely regarded as one of the best chess books every written...