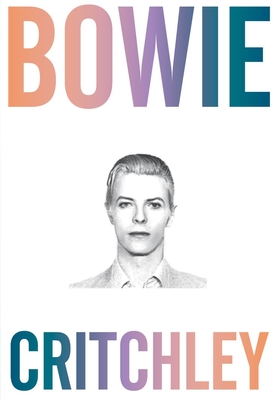 By Simon Critchley
$16.95
Email or call for price

Simon Critchley first encountered David Bowie in the early seventies, when the singer appeared on Britain's most-watched music show, Top of the Pops. His performance of "Starman" mesmerized Critchley: it was "so sexual, so knowing, so strange." Two days later Critchley's mum bought a copy of the single; she liked both the song and the performer's bright orange hair (she had previously been a hairdresser). The seed of a lifelong love affair was thus planted in the mind of her son, aged 12. In this concise and engaging excursion through the songs of one of the world's greatest pop stars, Critchley, whose writings on philosophy have garnered widespread praise, melds personal narratives of how Bowie lit up his dull life in southern England's suburbs with philosophical forays into the way concepts of authenticity and identity are turned inside out in Bowie's work. The result is nearly as provocative and mind-expanding as the artist it portrays.

Simon Critchley is Hans Jonas Professor of Philosophy at the New School for Social Research in New York. His previous books include On Humour, The Book of Dead Philosophers, How to Stop Living and Start Worrying, Impossible Objects, The Mattering of Matter (with Tom McCarthy), The Faith of the Faithless, and Stay, Illusion!: The Hamlet Doctrine (with Jamieson Webster). An experimental new work, Memory Theatre, is forthcoming. He is series moderator of "The Stone," a philosophy column in The New York Times, to which he is a frequent contributor.