The Maiden & The Unseen: A Hades and Persephone Retelling (Paperback) 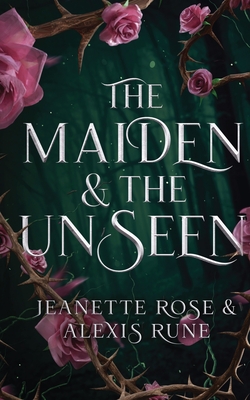 By Alexis Rune, Jeanette Rose
$17.99
Email or call for price

God of the Dead. King of the Underworld. The Unseen. The Renowned...The Glorified Babysitter.

Zeus has finally decreed that the gods may leave Olympus and mingle - anonymously - with the mortals of the present. With zero warning or waiting for him to consent to this arrangement, Hades is placed in charge of not only helping the gods assimilate but also financing them. Unlike the other gods, Hades never withdrew from the mortal world. Instead he spent six months of every year among them, building a fortune befitting one of his many names. As long as the gods follow his strict rules for living among mortals, they have access to a generous monthly stipend. Break the rules, lose the privileges. No allowances. Ever.

Goddess of Spring. The Maiden. The Mistress. The Venerable One...The Social Media Manager.

For the last two years, Persephone has lived among the mortals, enjoying everything the world she was so sheltered from has to offer. It took years of begging since Zeus's decree to get her mother to allow her to go, and she imparted some strict rules to follow. Rule 1: No fraternizing with other gods. As far as Demeter is aware, Persephone's closest friend is definitely not Helios, the Titan of the Sun. Rule 2: No men. The mortal she's casually dating doesn't even know the gods exist. Rule 3: Every six months, Demeter comes by for a visit. This one Persephone can't get out of, and if it keeps her mother from investigating Persephone's life, what's the harm?

Fate has other ideas for Hades and Persephone, and it does not take lightly to being denied. Struggle and fight all they want. But the threads of destiny have wrapped tightly around them and tugs them tighter and tighter, no matter what the gods themselves have to say about it.