We're delighted to announce a virtual conversation with The Book of Rosy authors Rosayra Pablo Cruz and Julie Schwietert Collazo, and activist and podcaster Diana Limongi. This will be a bilingual event in Spanish and English. Join us on our YouTube channel Thursday, June 24th at 7 PM MST to catch the livestream! 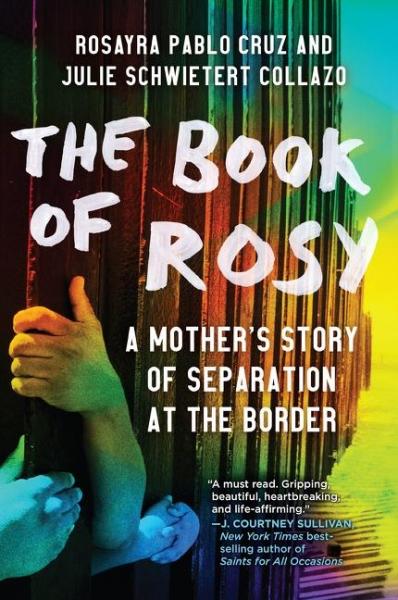 About The Book of Rosy

When Rosayra “Rosy” Pablo Cruz made the agonizing decision to seek asylum in the United States with two of her children, she knew the journey would be arduous, dangerous, and quite possibly deadly. But she had no choice: violence—from gangs, from crime, from spiraling chaos—was making daily life hell. Rosy knew her family’s one chance at survival was to flee Guatemala and go north.

After a brutal journey that left them dehydrated, exhausted, and nearly starved, Rosy and her two little boys arrived at the Arizona border. Almost immediately they were seized and forcibly separated by government officials under the Department of Homeland Security’s new “zero tolerance” policy. To her horror Rosy discovered that her flight to safety had only just begun.

In The Book of Rosy, with an unprecedented level of sharp detail and soulful intimacy, Rosy tells her story, aided by Julie Schwietert Collazo, founder of Immigrant Families Together, the grassroots organization that reunites mothers and children. She reveals the cruelty of the detention facilities, the excruciating pain of feeling her children ripped from her arms, the abiding faith that staved off despair—and the enduring friendship with Julie, which helped her navigate the darkness and the bottomless Orwellian bureaucracy.

A gripping account of the human cost of inhumane policies, The Book of Rosy is also a paean to the unbreakable will of people united by true love, a sense of justice, and hope for a better future.

Rosayra Pablo Cruz is the mother of four children. She owned a small clothing store in Guatemala before coming to the U.S. Now living in New York, she is the co-president of her oldest son's Parent Teacher Association and is active in her church and community.

Julie Schwietert Collazo is an award-winning bilingual journalist who covers Latin America and Latino communities in the U.S. for a wide variety of outlets.

Diana Limongi is a mom, activist, nonprofit professional, podcaster and writer from Queens, NY. She writes about motherhood, activism, raising multilingual kids, culture and travel. She and her multicultural family live in Queens, NY.

The Book of Rosy: A Mother's Story of Separation at the Border (Paperback)

“Offers hope in the face of desperate odds” – ELLE Magazine, ELLE’s Most Anticipated Books of Summer 2020