On Wednesday, May 1, at 7 PM, please join us for a special panel celebrating the life of author Ellen Meloy, and her newly released collection of radio essays from 1994-1998, Seasons: Desert Sketches.

Ellen Meloy, great naturalist and author, was tied to the land. She was at one with what the desert represented, gaining a connection she deemed vital. She dedicated her life to discovering her place in the deserts of the American West, and the importance of the connection between human beings and the wild expanses, pure and unadulterated.

Her writings were greatly acclaimed. Her first book, Raven’s Exile: A Season on the Green River, won the Spur Award for Best Nonfiction Contemporary Work in 1994. She won the Whiting Award in 1997. The Last Cheater's Waltz was released to high praise in 1999. Her 2002 book, The Anthropology of Turquoise, won the Utah Book Award, Banff Mountain Book Festival awards, and was a finalist for the Pulitzer Prize. Her final book, Eating Stone, was completed 3 months before her death in Bluff, Utah in 2004.

Ellen Meloy wrote and recorded a series of audio essays for KUER, NPR Utah in the 1990s. Every few months, she would travel to their Salt Lake City studios from her red rock home of Bluff to read an essay or two. With understated humor and sharp insight, Meloy would illuminate facets of human connection to nature and challenge listeners to examine the world anew. Seasons: Desert Sketches is a compilation of these essays, transcribed from their original cassette tape recordings. Whether Meloy is pondering geese in Desolation Canyon or people at the local post office, readers will delight in her signature wit and charm—and feel the pull of the desert she loves and defends.

An illustrious panel will gather to reminisce about Ellen and the impact she had on them as writers and people. They will also be discussing Seasons: Desert Sketches. Joining us will be: Greer Chesher, author of Heart of the Desert Wild: Grand Staircase--Escalante National Monument; Amy Irvine, author of Trespass: Living at the Edge of the Promised Land and Desert Cabal: A New Season of Wilderness; Steven Trimble, editor of Red Rock Stories; and Elaine Clark, Producer of RadioWest on KUER. The discussion will be led by Kirsten Johanna Allen, publisher and Editorial Director for Torrey House Press. We'll even here from Ellen herself in previously recorded material.

Please join us for this rememberance of Ellen Meloy, her life, works, and impact. 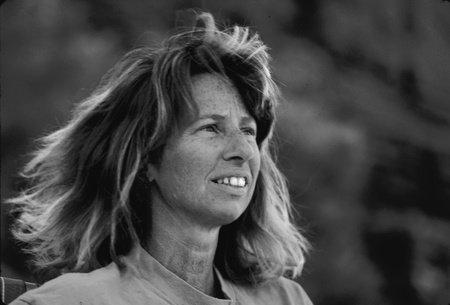 Raven's Exile: A Season on the Green River (Paperback)

More than a century after John Wesley Powell launched his boat on the Green River, Ellen Meloy spent eight years of seasonal floats through Utah's Desolation Canyon with her husband, a federal river ranger.

The Last Cheater's Waltz: Beauty and Violence in the Desert Southwest (Paperback)

In this abundant space and isolation, the energy lords extract their bounty of natural resources, and the curators of mass destruction once mined their egregious weapons and reckless acts. It is a land of absolutes, of passion and indifference, lush textures and inscrutable tensions. Here violence can push beauty to the edge of a razor blade. . .

Eating Stone: Imagination and the Loss of the Wild (Paperback)

Long believed to be disappearing and possibly even extinct, the Southwestern bighorn sheep of Utah’s canyonlands have made a surprising comeback. Naturalist Ellen Meloy tracks a band of these majestic creatures through backcountry hikes, downriver floats, and travels across the Southwest.

The Anthropology of Turquoise: Reflections on Desert, Sea, Stone, and Sky (Paperback)

In this invigorating mix of natural history and adventure, artist-naturalist Ellen Meloy uses turquoise—the color and the gem—to probe deeper into our profound human attachment to landscape.

Desert Cabal: A New Season in the Wilderness (Paperback)

Trespass: Living at the Edge of the Promised Land (Paperback)

"Essays and poems that run as deep as the canyons of the Colorado River."
--ROBERT REDFORD