We're delighted to announce an in-store reading and book signing with John Strater Brown (author of Diary of a Cycle Path) on Saturday, October 16th at 6 PM. We hope to see you there! 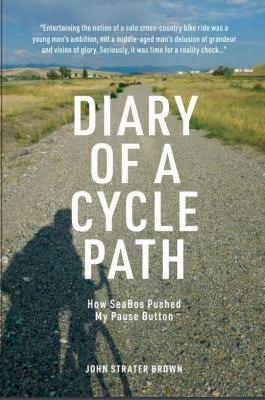 About Diary of a Cycle Path

The author’s book describes how his riding experience in the Wasatch Canyons prepared him for one of the most sought-after and enlightening American Road Cycling Experiences – solo biking across America. As documented in the Boston Globe Newspaper in September 2015, this is the story of a solo unsupported bikepacking adventure from Seattle to Boston to complete a childhood dream. With a week of planning, John Brown embarked on a 40-day solo bike ride across the country and discovered more of America and himself than he expected.

This is the back story of the bike ride that the Boston Globe didn't cover - all of the hard work, love, heartbreak, humor, confrontation, and danger encountered along the way. As a seasoned hydrogeologist and adventurer in other outdoor activities, the author provides a novice bike rider's perspective of the interconnecting cycle paths and rail trails he took across America. The author adds his observations of the environmental impacts, geology, mountains, history, and rivers intersected on the journey. The author provides maps showing the routes, towns, rail trails, rivers, and cycle paths he pedaled from Seattle to Boston, and recounts many of the mental and physical challenges that can be expected on a bikepacking tour of this magnitude. 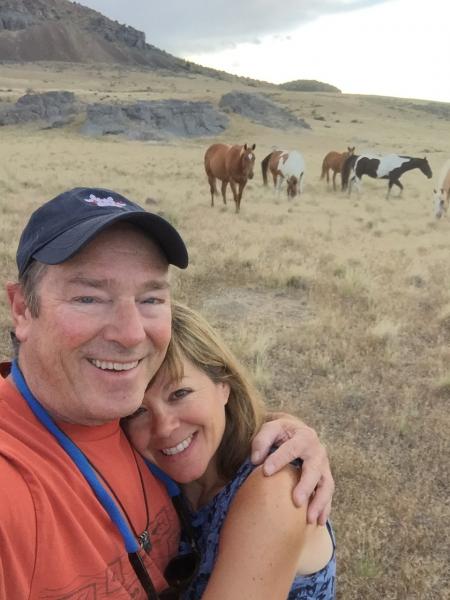 An avid outdoorsman, adventurer, and amateur musician, John Strater Brown grew up in New England and moved West after attending the University of Massachusetts, receiving a B.S. Degree in Geology. John is a hydrogeologist and spent his career mapping geology and drilling all types of water wells and remediating Superfund and Hazardous Waste Sites in the West. He enjoys backcountry skiing, camping, hiking, river running, bicycles, riding his motorcycles, music, of course, geology, and virtually anything that takes him out of doors.

John resides in Salt Lake City, Utah with his beautiful companion Jolene, who is a DJ on KPCW in Park City and also shares his passion for the outdoors and music. When they are not out on the trails or slopes, they occasionally hold neighborhood jams with musician friends and enjoy some of John’s homemade specialty beers.