In-Store Conversation/Book Signing with Dr. Rebecca Hall, Author of Wake: The Hidden History of Women-Led Slave Revolts, and U of U Professor Darius Bost

We're delighted to announce an in-store conversation with Dr. Rebecca Hall (author of Wake: The Hidden History of Women-Led Slave Revolts) and University of Utah Professor Darius Bost in conjunction with the Utah Humanities Book Festival Saturday, September 4th at 6 PM! We hope to see you there!

Masks are strongly encouraged and will be available on-site for free. 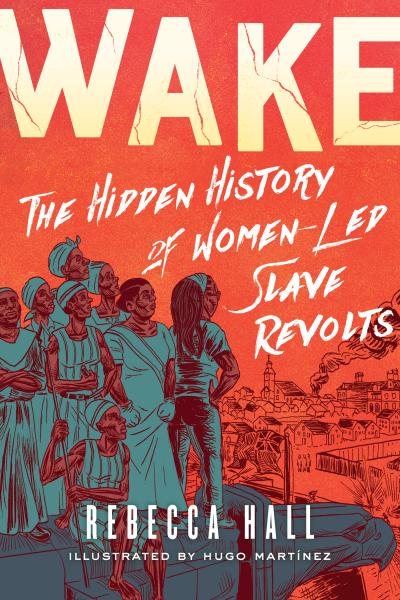 About Wake: The Hidden History of Women-Led Slave Revolts

Part graphic novel, part memoir, Wake is an imaginative tour-de-force that tells the story of women-led slave revolts and chronicles scholar Rebecca Hall’s efforts to uncover the truth about these women warriors who, until now, have been left out of the historical record.

Women warriors planned and led slave revolts on slave ships during the Middle Passage. They fought their enslavers throughout the Americas. And then they were erased from history.

Wake tells the story of Dr. Rebecca Hall, a historian, granddaughter of slaves, and a woman haunted by the legacy of slavery. The accepted history of slave revolts has always told her that enslaved women took a back seat. But Rebecca decides to look deeper, and her journey takes her through old court records, slave ship captain’s logs, crumbling correspondence, and even the forensic evidence from the bones of enslaved women from the “negro burying ground” uncovered in Manhattan. She finds women warriors everywhere.

Using in-depth archival research and a measured use of historical imagination, Rebecca constructs the likely pasts of Adono and Alele, women rebels who fought for freedom during the Middle Passage, as well as the stories of women who led slave revolts in Colonial New York. We also follow Rebecca’s own story as the legacy of slavery shapes life, both during her time as a successful attorney and later as a historian seeking the past that haunts her.

Illustrated beautifully in black and white, Wake will take its place alongside classics of the graphic novel genre, like Marjane Satrapi’s Persepolis and Art Spiegelman’s Maus. The story of both a personal and national legacy, it is a powerful reminder that while the past is gone, we still live in its wake. 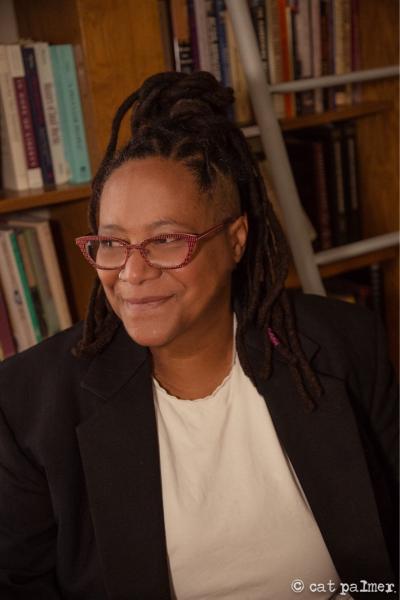 Rebecca Hall, JD, PhD, is a scholar, author, activist, educator, and the grandchild of slaves. After graduating Berkeley Law in 1989, she represented low-income tenants and homeless families for eight years before returning to get her PhD in history. She has taught at UC Santa Cruz, Berkeley Law, Berkeley’s history department, and as a visiting professor of law at the University of Utah. She has also taught social studies in high schools. She writes and publishes on the history of race, gender, law, and resistance as well as articles on climate justice and intersectional feminist theory. Rebecca has been an activist her entire life, fighting for women’s and LGBT rights and against nuclear weapons, Apartheid, and US militarism. She is dedicated to the movement for Climate Justice, and is also currently involved with Black Lives Matter and rapid response support for families facing deportation. Dr. Hall’s work has been supported by numerous grants and fellowships, including the American Association of University Women, The Ford Foundation, The Mellon Foundation, and the Woodrow Wilson Foundation. 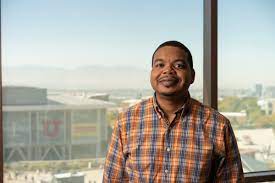 Darius Bost is Associate Professor of Ethnic Studies in the School for Cultural and Social Transformation at the University of Utah, and co-editor of Frontiers: A Journal of Women Studies. He is the author of the award-winning book, Evidence of Being: The Black Cultural Renaissance and the Politics of Violence (University of Chicago Press, 2019). He is currently at work on an interdisciplinary study of queer visual cultures of the black Atlantic, spanning from the 1970s to the present.

Part graphic novel, part memoir, Wake is an imaginative tour-de-force that tells the story of women-led slave revolts and chronicles scholar Rebecca Hall’s efforts to uncover the truth about these women warriors who, until now, have been left out of the historical record.