We're delighted to announce our upcoming virtual event with Alena Dillon and Margo Orlando Littell, discussing their new novels, Mercy House and The Distance From Four Points, respectively. This event will be livestreamed on our Facebook page Monday, November 30th at 7 PM.

Inside a century-old row house in Brooklyn, renegade Sister Evelyn and her fellow nuns preside over a safe haven for the abused and abandoned. Gruff and indomitable on the surface, warm and wry underneath, little daunts Evelyn, until she receives word that Mercy House will be investigated by Bishop Hawkins, a man with whom she shares a dark history. In order to protect everything they’ve built, the nuns must conceal many of their methods, which are forbidden by the Catholic Church.

Evelyn will go to great lengths to defend all that she loves. She confronts a gang member, defies the church, challenges her own beliefs, and faces her past. She is bolstered by the other nuns and the vibrant, diverse residents of the shelter—Lucia, Mei-Li, Desiree, Esther, and Katrina—whose differences are outweighed by what unites them: they’ve all been broken by men but are determined to rebuild.

Amidst her fight, Evelyn discovers the extraordinary power of mercy and the grace it grants, not just to those who receive it, but to those strong enough to bestow it. 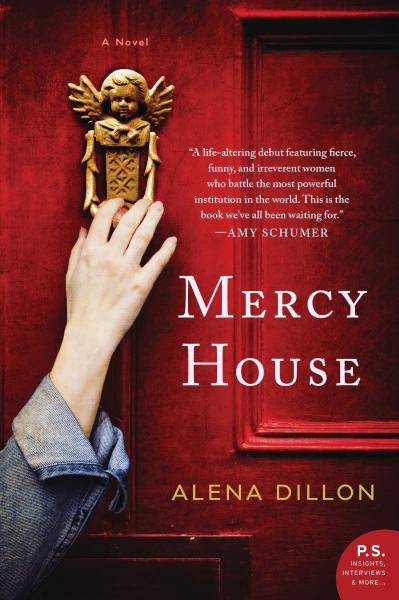 The Distance From Four Points:

Soon after her husband's tragic death, Robin Besher makes a startling discovery: He had recklessly blown through their entire savings on decrepit rentals in Four Points, the Appalachian town Robin grew up in. Forced to return after decades, Robin and her daughter, Haley, set out to renovate the properties as quickly as possible―before anyone exposes Robin's secret past as a teenage prostitute. Disaster strikes when Haley befriends a troubled teen mother, hurling Robin back into a past she'd worked so hard to escape. Robin must reshape her idea of home or risk repeating her greatest mistakes. Margo Orlando Littell, author of Each Vagabond by Name, tells an enthralling and nuanced story about family, womanhood, and coming to terms with a left-behind past. 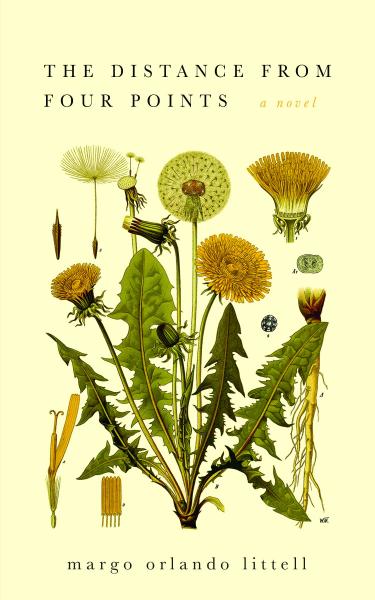 Alena Dillon is the author of Mercy House, a LibraryReads and Amazon book of February 2020 which has been optioned as a television series for CBS All Access, produced by Amy Schumer, as well as The Happiest Girl in the World, forthcoming April 2021. Alena's work has appeared in publications including LitHub, River Teeth, Slice Magazine, The Rumpus, The Doctor TJ Eckleburg Review, and Bustle. She teaches creative writing and lives on the beautiful north shore of Boston with her husband, son, and little black lab.

Margo Orlando Littell is driven to write about characters who are rooted to a place and who, even if they succeed at leaving, feel pulled toward home for one reason or another. She find inspiration in odd rummage-sale finds, visits to her hometown, and newspaper articles that give a glimpse of quiet struggles and preoccupations that are just to the side of the expected thing. Her home--once the Boo Radley house on an otherwise beautiful tree-lined street--is filled with decommissioned library card catalogs and oil portraits of strangers.

Join us on our FB page, Saturday, October 3rd at 2 PM!
https://www.facebook.com/WellerBookWorks/

Mercy House and The Distance From Four Points can be ordered through wellerbookworks.com, or by calling 801-328-2586.

“Never underestimate the power of a group of women. Fierce, thoughtful and dramatic—this is a story of true courage." —Susan Wiggs, New York Times bestselling author

She would stop at nothing to protect the women under her care.

The Distance from Four Points (Paperback)

Soon after her husband's tragic death, Robin Besher makes a startling discovery: He had recklessly blown through their entire savings on decrepit rentals in Four Points, the Appalachian town Robin grew up in. Forced to return after decades, Robin and her daughter, Haley, set out to renovate the properties as quickly as possible--before anyone exposes Robin's secret past as a teenage prostitute.