We're delighted to announce a virtual conversation with Lynne Stein, author of Shedding the Shackles: Women's Empowerment Through Craft. Join us on our YouTube channel Saturday, July 31st at 2 PM MST to catch the livestream! 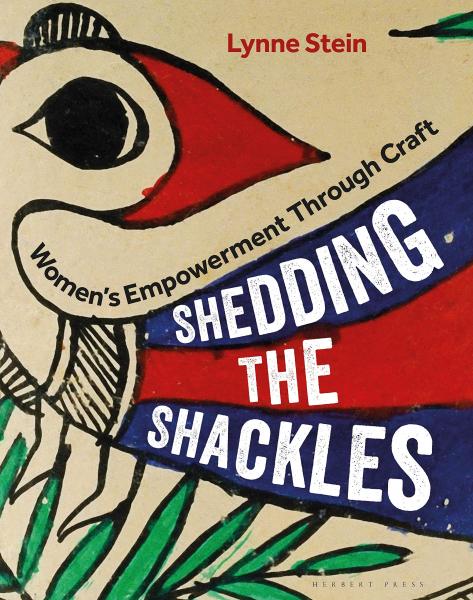 About Shedding the Shackles: Women's Empowerment Through Craft

A celebration of female inventiveness and aesthetic sensibility, Shedding The Shackles explores women's craft enterprises, their artisanal excellence, and the positive impact their individual projects have on breaking the poverty cycle.

In the first part of the twentieth century, suffering from a legacy inherited from the Victorian era, craft skills, such as weaving, sewing, embroidery, and quilting were regarded largely as women's domestic pastimes, and remained undervalued and marginalised. It has taken several decades for attitudes to change, for the boundaries between 'fine art' and craft to blur, and for textile crafts to be given the same respect and recognition as other media.

Featuring artisans and projects from across the globe Shedding The Shackles celebrates their vision and motivation giving a fascinating glimpse into how these craft initiatives have created a sustainable lifestyle, and impacted upon their communities at a deeper level.

Lynne Stein's work has been exhibited widely, and commissioned for a variety of public, corporate and domestic spaces. She has taught extensively in community, educational and healthcare settings, and also runs private workshops. She has been the recipient of support from Arts Council England, and her work has featured in books and magazines, and on television and radio broadcasts. Lynne recently ran a successful community project with AgeUK, in honour of the Queen's Diamond Jubilee. She also runs an annual interfaith community textile project within a children's dental clinic in Jerusalem.

A celebration of female inventiveness and aesthetic sensibility, Shedding the Shackles explores women's craft enterprises, their artisanal excellence, and the positive impact their individual projects have on breaking the poverty cycle.