We're delighted to announce a virtual conversation with Jacob Ethan Gibson, promoting his new Young Adult book, Mariana The Moon Girl, the first book in the series The Secret Fate of Butch Cassidy. He'll be joined by the book's cover artist, Annie Krueger to chat about the book and upcoming projects. Tune into our Facebook page on Saturday, November 14th at 7 PM where the conversation will be livestreamed!

There are only three rules in the Museum of Human History:
1. Never tell anyone about the museum, or any of its secrets.
2. Follow Mr. Steel’s instructions with exactness.
3. Never lie to Mr. Steel.

In all the time that eleven-year-old Mariana has lived in the museum and hunted for the superpowered artifacts of ancient American Legends, she has strictly followed all of the rules. She knows that if she doesn’t, Mr. Steel, the mysterious museum curator, will banish her.

But the day that she stumbles upon a family being attacked by a giant tarantula in the desert ruins of Philadelphia—the same day she finds the ancient bifocals of Benjamin Franklin and becomes best friends with his ghost in the process—she breaks every single rule.

The consequences? Miss Murphy, Mr. Steel’s oldest enemy, who is hell-bent on destroying the museum, discovers their whereabouts. Their only escape? Finding the boots of Butch Cassidy, which grant their bearer the power of the perfect getaway.

Together, Mariana, Mr. Steel, and Benjamin Franklin must walk the path of Butch Cassidy’s final days and discover the Legendary outlaw’s secret fate. But as the threat of Miss Murphy approaches, will Mariana risk her friends’ lives in order to keep her lie a secret?

Jacob Ethan Gibson was raised on the outskirts of Las Vegas, Nevada. He grew up exploring the desert and its strange properties. But while wandering the desert one fateful night, Jacob accidentally passed into the astral plane. Though he doesn't speak of his experience, he has devoted his life to finding a way back.

Currently he lives in the mountains of Utah with his cat Butch Catsidy. He is a caretaker for a famous movie star's cabin and its surrounding property. It is said he emerges every year or so from the mountains with a new novel he wrote after an astral dream and hands it to his business partner for publication. He claims these stories are true glimpses of mirrored realms to our own and when reading them during a phasic lunar synchrony, one can even experience a cosmic connection with the characters. But be cautious doing so.

If you have any questions for the author, light a candle on the night of a new moon, say the name of the first constellation you glimpse and whisper your question to the night. You should receive a respone within the next full lunar cycle or equinox--whichever comes first.

Annie Krueger has been gaming since she could hold an NES controller and (probably because she started gaming too young), has spent much of her life melding art/narrative mediums and genres.

As a digital collage artist, her first series I’m Not Yours recast Pulp Fiction magazine damsels to heroines. Each work is focused on breaking the bonds of gender expectation for science fiction, fantasy, and myth. Her art can be viewed on instagram @anniebellefox and on the cover of Jacob Ethan Gibson's YA novel, Mariana the Moon Girl.

As a writer for the YouTube channel, ArcadeCloud, Annie spends her days writing Fortnite, Minecraft, and general video game animation parodies. Her work has been viewed by millions.
Her next project takes greek mythology into the depths of the Aegean with her upcoming webcomic, Thalassophobia.

Join us on our FB page Saturday, November 14th at 7 PM! https://www.facebook.com/WellerBookWorks/ 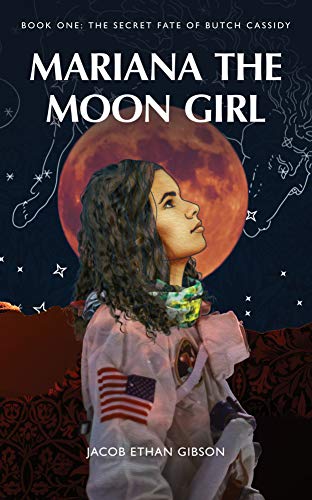