Join us for a virtual conversation between Laura Munson (author of This Is Not the Story You Think It Is and Willa's Grove) and Julie Metz (author of Perfection and the forthcoming memoir, Eva and Eve), Sunday, March 7th at 2 PM! Our chat will be livestreamed to our YouTube channel: https://www.youtube.com/channel/UCcQqlhbPwo_YfzIBsh9lleA

Three women, from coast to coast and in between, open their mailboxes to the same intriguing invitation. Although leading entirely different lives, each has found herself at a similar, jarring crossroads. Right when these women thought they’d be comfortably settling into middle age, their carefully curated futures have turned out to be dead ends.

The sender of the invitation is Willa Silvester, who is reeling from the untimely death of her beloved husband and the reality that she must say goodbye to the small mountain town they founded together. Yet as Willa mourns her losses, an impossible question keeps staring her in the face: So now what?

Struggling to find the answer alone, fiercely independent Willa eventually calls a childhood friend who happens to be in her own world of hurt—and that’s where the idea sparks. They decide to host a weeklong interlude from life, and invite two other friends facing their own quandaries. Soon the four women converge at Willa’s Montana homestead, a place where they can learn from nature and one another as they contemplate their second acts together in the rugged wilderness of big sky country.

You complete the trajectory that begins at my writing desk and longs to land in your hands as you spend an hour in bed reading in the wee hours, or on your commute, or in a quiet corner on a Sunday afternoon. It’s you who I want to reach, and it’s you who makes my work whole. Writing is a solitary act, and I believe that we write first to bridge to ourselves SO THAT we can bridge to our collective human community. I deeply love that something I write in a small room in Montana can cross oceans, mountains, transcend social groups, age, religion, difference. Heart language is heart language. And I have learned in my thirty years of living the contemplative life that writing is one thing if it is anything: truth. We writers disrupt. We question. We examine. We wonder. And most of all, we hold up the mirror to truth. 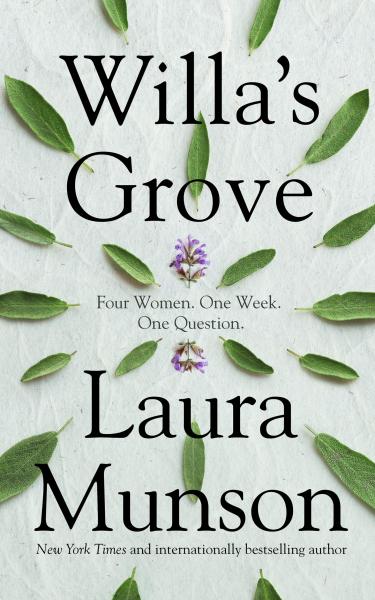 Eva and Eve: A Search for My Mother's Lost Childhood

Julie Metz’s mother Eve was the quintessential New Yorker—steely, savvy, thrifty, pragmatic, brusque. It was difficult to imagine her living anywhere else except the Upper West Side of Manhattan, but New York City was in fact her adopted home. She was born in Vienna to a comfortable, middle class Jewish family until Germany annexed Austria on March 12, 1938.

In the two years following the Nazi takeover, her father Julius struggled to find a safe haven for his wife and children. Across the ocean, anti-immigration fervor prevailed as part of the initial America First movement. Miraculously, Julius got his family out of Vienna just in time, thanks to perseverance, a medicine package made of folded paper, a sympathetic American Vice Consul, and good luck.

Shortly after Eve’s death, Metz found a keepsake book her mother had kept hidden in a drawer for over half a century, filled with farewell notes from her childhood friends and relatives. In that secret keepsake book, her mother’s name was Eva. Inspired by this discovery, Metz set out in search of her mother’s lost childhood. The result is Eva and Eve, a real-life detective story that offers moments of grace, serendipity, and lessons for this polarized moment when once again Otherness is the enemy.

Julie Metz is the author of the New York Times bestselling memoir Perfection, a Barnes & Noble Discover Great New Writers Selection. She has written on a wide range of women’s issues for publications. Julie lives with her family in the Hudson River Valley. She posts profiles of her neighbors at thehudsonwailer.com and you can read her posts on local development and environmental issues at imby.com. 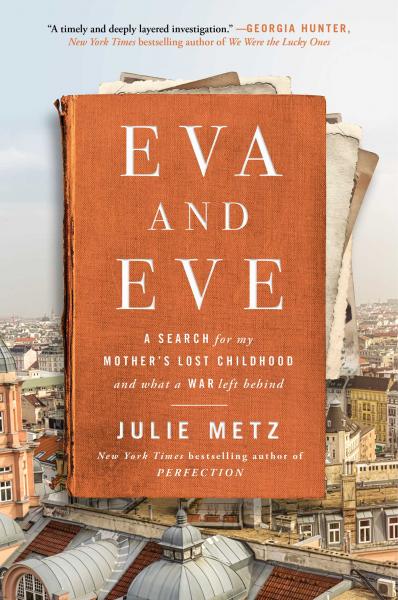 You are invited to the rest of your life.

Eva and Eve: A Search for My Mother's Lost Childhood and What a War Left Behind (Hardcover)

In this unforgettable and “essential feminist memoir of women’s lives” (Sarah Wildman, author of Paper Love) the author of the New York Times bestselling memoir Perfection unearths her mother’s hidden past in in Nazi-occupied Austria.

To Julie Metz, her mother, Eve, was the quintessential New Yorker.