We're delighted to announce a virtual conversation between Meredith Hall (author of Beneficence) and Lily Brooks-Dalton (author of Good Morning, Midnight) in conjunction with the Utah Humanities Book Festival. Join us on our YouTube channel Thursday, September 2nd at 7 PM MDT to catch the livestream! 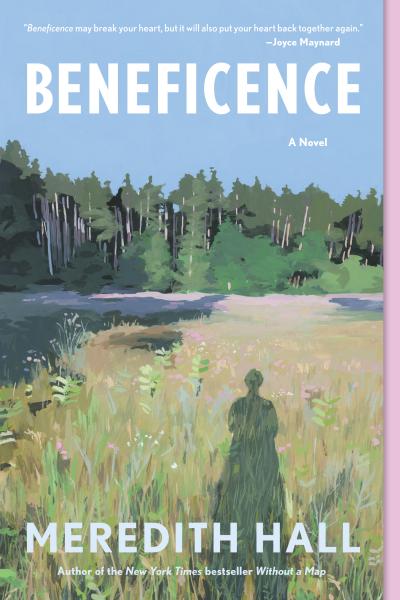 When they meet in the 1930s, Doris and Tup’s love is immediate. They marry quickly and Doris commits to the only life Tup ever wanted: working the Senter family farm, where his parents and grandparents and great-grandparents are buried under the old pines. Their lives follow the calming rhythms of the land—chores in the cow barn, haying the fields, tending their gardens—and in this they find immeasurable joy.

Soon their first child, Sonny, is born and Doris and Tup understand they are blessed. More children arrive—precocious, large-hearted Dodie and quiet, devoted Beston—but Doris and Tup take nothing for granted. They are grateful every day for the grace of their deep bonds to each other, to their family, and to their bountiful land. As they hold fast to this contentment, Doris is uneasy, and confesses, “We can’t ever know what will come."

When an unimaginable tragedy turns the family of five into a family of four, everything the Senters held faith in is shattered. The family is consumed by a dark shadow of grief and guilt. Slowly, the surviving Senters must find their way to forgiveness—of themselves and of each other.

New York Times bestselling author Meredith Hall’s radiant debut novel is a study of love—both its gifts and its obligations—that will stay with readers long after the last page. With a rare tenderness and compassion, Beneficence illuminates the heart's enduring covenants and compromises.

Meredith Hall's memoir Without a Map was instantly recognized as a classic of the genre and became a New York Times bestseller. It was named a best book of the year by Kirkus and BookSense, and was an Elle magazine Reader’s Pick of the Year. Hall was a recipient of the 2004 Gift of Freedom Award from A Room of Her Own Foundation. Her work has appeared in Five Points, The Gettysburg Review, The Kenyon Review, The Southern Review, The New York Times, and many other publications. Hall divides her time between Maine and California. 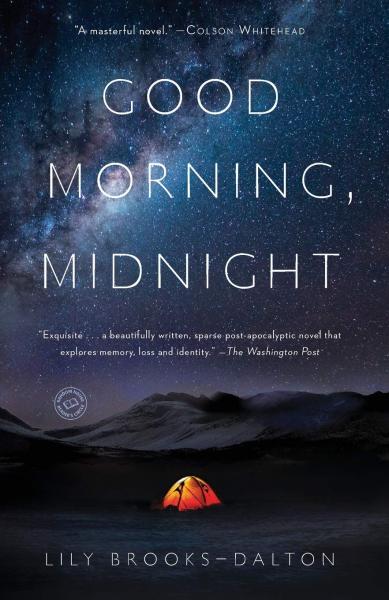 Augustine, a brilliant, aging astronomer, is consumed by the stars. For years he has lived in remote outposts, studying the sky for evidence of how the universe began. At his latest posting, in a research center in the Arctic, news of a catastrophic event arrives. The scientists are forced to evacuate, but Augustine stubbornly refuses to abandon his work. Shortly after the others have gone, Augustine discovers a mysterious child, Iris, and realizes that the airwaves have gone silent. They are alone.

At the same time, Mission Specialist Sullivan is aboard the Aether on its return flight from Jupiter. The astronauts are the first human beings to delve this deep into space, and Sully has made peace with the sacrifices required of her: a daughter left behind, a marriage ended. So far the journey has been a success. But when Mission Control falls inexplicably silent, Sully and her crewmates are forced to wonder if they will ever get home.

As Augustine and Sully each face an uncertain future against forbidding yet beautiful landscapes, their stories gradually intertwine in a profound and unexpected conclusion. In crystalline prose, Good Morning, Midnight poses the most important questions: What endures at the end of the world? How do we make sense of our lives? Lily Brooks-Dalton’s captivating debut is a meditation on the power of love and the bravery of the human heart.

Lily Brooks-Dalton's novel, Good Morning, Midnight (Random House, 2016), has been translated into 17 languages and is the inspiration for the film adaptation, The Midnight Sky. Her memoir, Motorcycles I’ve Loved (Riverhead, 2014), was a finalist for the Oregon Book Award. She currently lives in Los Angeles.

After a sudden and terrible loss, how does a loving family find their way back to the goodness and peace they once shared? Reviewers and readers have called this literary historical novel "hauntingly beautiful," "a masterpiece of compassion," "a page-turner and an artistic triumph."

After a sudden and terrible loss, how does a loving family find their way back to the goodness and peace they once shared? Reviewers and readers have called this literary historical novel "hauntingly beautiful," "a masterpiece of compassion," "a page-turner and an artistic triumph."

“A remarkable and gifted debut novel” (Colson Whitehead) about two outsiders—a lonely scientist in the Arctic and an astronaut trying to return to Earth—as they grapple with love, regret, and survival in a world transformed.